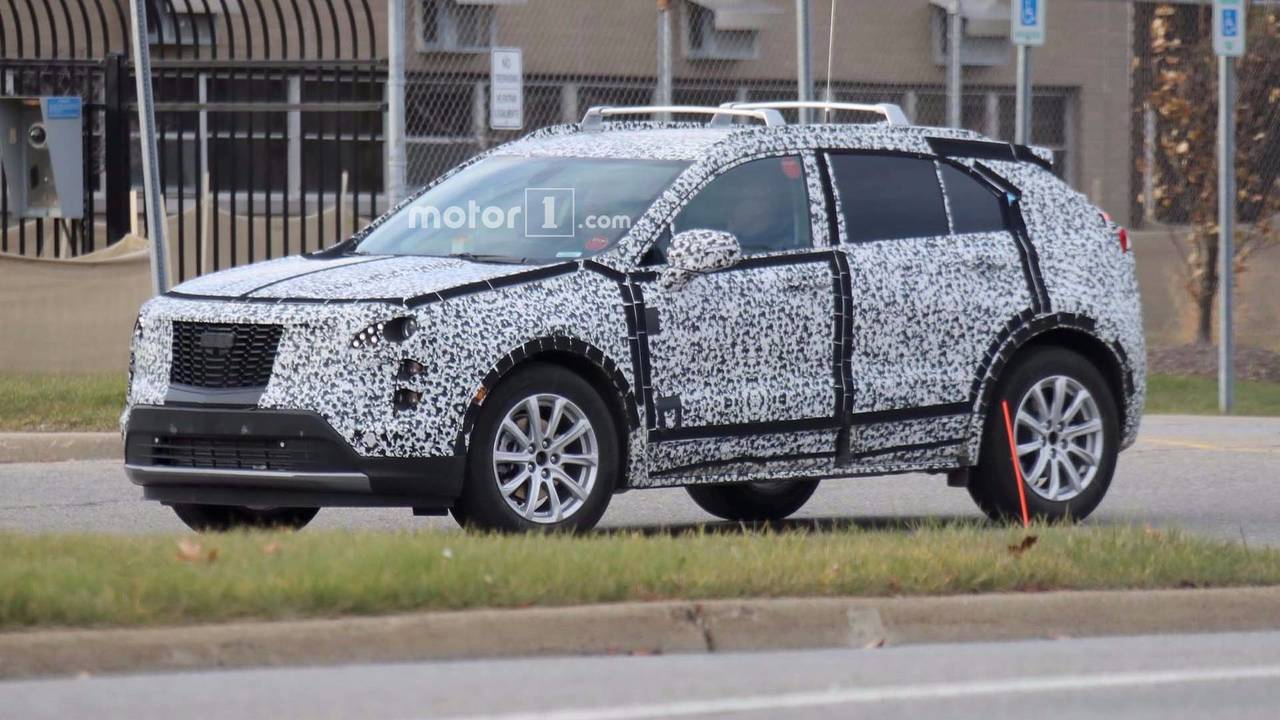 Does this mean we're getting close to an official reveal date for the compact SUV?

Cadillac will seek to reap the profitable waters of the compact crossover segment with its new XT4, which will notch below the XT5 and do battle with German rivals from BMW, Mercedes-Benz, and Audi. Spy photographers recently caught Cadillac engaged in full testing mode, spying a fleet of XT4s on the street. Compared to the last round of spy photos we had on the XT4, these models have shed the black camouflage covers completely, leaving only the camo-print wrap with hard covers placed strategically to conceal lighting and fascia features.

As such, we can see the XT4 will wear a similar face to its larger sibling, with a grille and angular contour following current Cadillac styling trends. With the side coverings pulled away we can also see similarity in the window shape and sloping roof, and the sculpted doors appear to have similar body lines as well. Indeed, the XT4 is very much shaping up to be the XT5’s mini-me.

When it comes to features, we don’t have much information though it will most likely use most – if not all – the bells and whistles available on the XT5. That would mean things like heated seats and steering wheel, customizable ambient lighting, slick infotainment features, and the latest driver assist tech such as a rearview camera, blind spot monitoring, and a 360-degree camera. We’ve also seen prototypes testing with Cadillac’s Super Cruise – the company’s response to Tesla’s Autopilot – so some level of autonomous capability is expected. Power should come from a 2.0-liter turbocharged four cylinder making 272 horsepower, sending power through an eight-speed automatic to either the front or all four wheels.

With Cadillac removing the heavy camouflage, it could mean we’re getting closer to an official reveal for the XT4. That will almost certainly happen in 2018, but it could come as early as the North American International Auto Show in Detroit, now just a month away. It’s more likely, however, to be revealed later in the year.