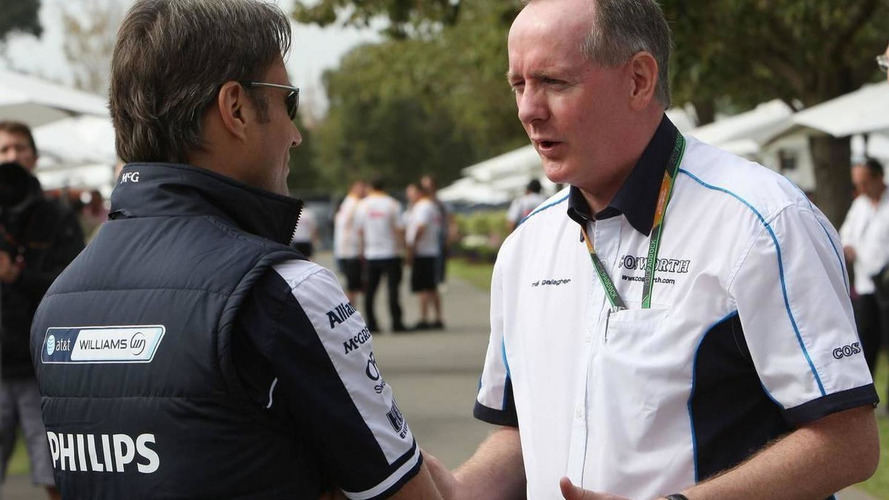 Cosworth has played down reports Williams is set to switch to Renault engine power in 2011.

Cosworth has played down reports Williams is set to switch to Renault engine power in 2011.

It has been suggested that Grove based Williams is unhappy with the performance of the 2.4 litre V8, especially its degradation as it ages.

But Germany's Auto Motor und Sport reports that the British independent engine maker, also the supplier to the three new teams, has commenced a programme to improve the deficiencies.

And Cosworth's business director Mark Gallagher said: "We have a three year contract with Williams, and there is no evidence they want to end this relationship."

He also said all of the candidates to be F1's 13th team in 2011 "with one exception" have been in talks with Cosworth.

Auto Motor und Sport reports that Cosworth is the cheapest engine supplier on the grid, with its engine costing EUR 5.5 million per year compared to the 9m price-tag for Mercedes, Ferrari and Renault power.

But Gallagher insists that Cosworth provides a highly reliable product, while the input of Rubens Barrichello has helped the marque to improve the engine's driveability.

As for the loss of horse power in the middle of the engine's life, Gallagher revealed: "We have found the cause and brought a solution to the FIA for permission to make the change."