Lamborghini Urus Gets SV, Police Attire In The Virtual World 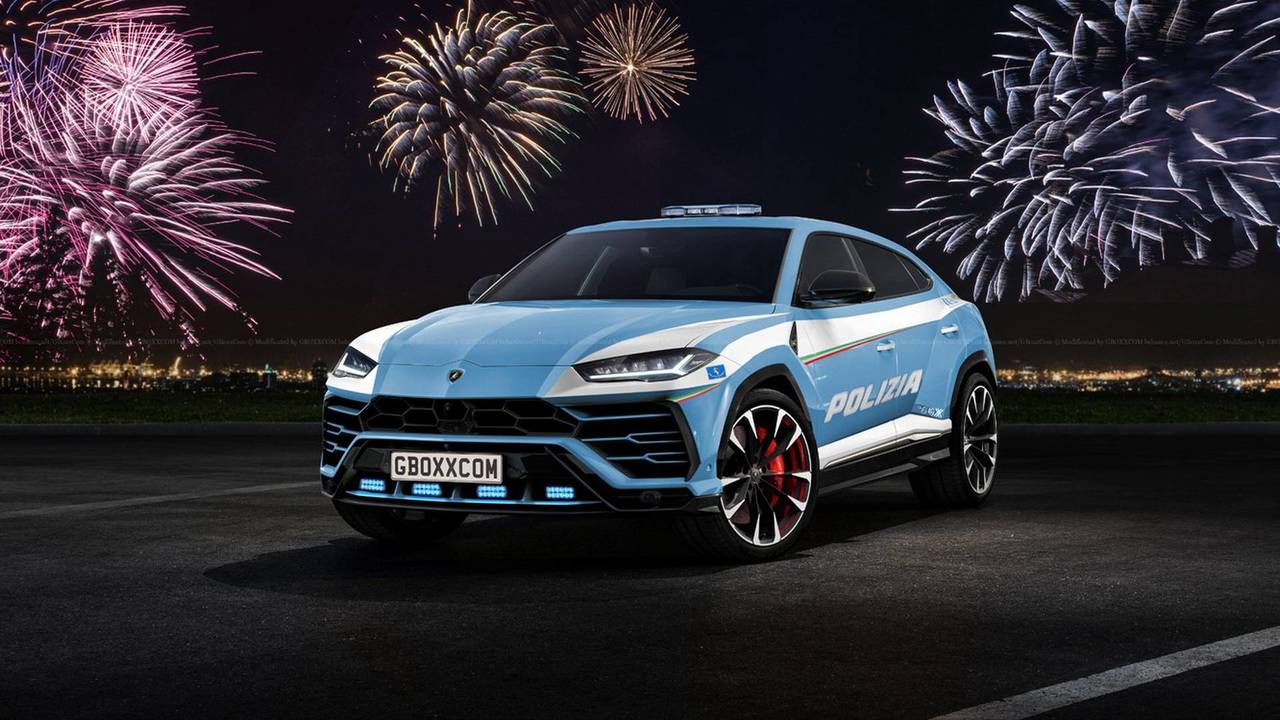 Bonus: the "Super SUV" has been transformed into a pickup truck.

We can all probably agree the Lamborghini Urus is already a head-turner in its regular form, if we can say that a 650-horsepower, 186-mph SUV is “regular.” Aksyonov Nikita from Russia knows his way around Photoshop and has already found the time to imagine the world’s first “Super SUV” in all sorts of versions, only a couple of days after the model’s world premiere in Sant’Agata Bolognese.

The S and SV seem perfectly plausible and we won’t be too surprised if the Urus will eventually be offered in a hotter configuration. Knowing Lamborghini and how it gives its cars the SuperVeloce treatment, it seems highly unlikely the Urus SV will be out in the next 2-3 years, if of course such a version is actually being planned. The “S” letter was used recently for the Aventador S to signal the V12 supercar’s mid-cycle refresh, effectively replacing the non-S model. Should there be something along the lines of a Lamborghini Urus S, don’t expect to see it sooner than 2021.

As for the pickup truck conversion, it goes without saying that it was done just for fun as it won’t ever happen, though stranger this have happened, such as a Lamborghini Countach-powered minivan.

We are particularly fond of the imaginary Urus dressed up in Carabinieri attire for the Italian police force, which would dethrone as far as horsepower is concerned the 510-hp Alfa Romeo Giulia Quadrifoglio police cars used in Rome and Milan.

Getting back to the real world, the next order of business for Lamborghini in terms of diversifying the lineup is likely to add a plug-in hybrid powertrain, which according to a person familiar with the company’s agenda is “necessary” and will happen. Other than the obvious addition of an extra cap for the charging port, the Urus PHEV will likely adopt a slightly different design to set it apart from its conventionally powered sibling.