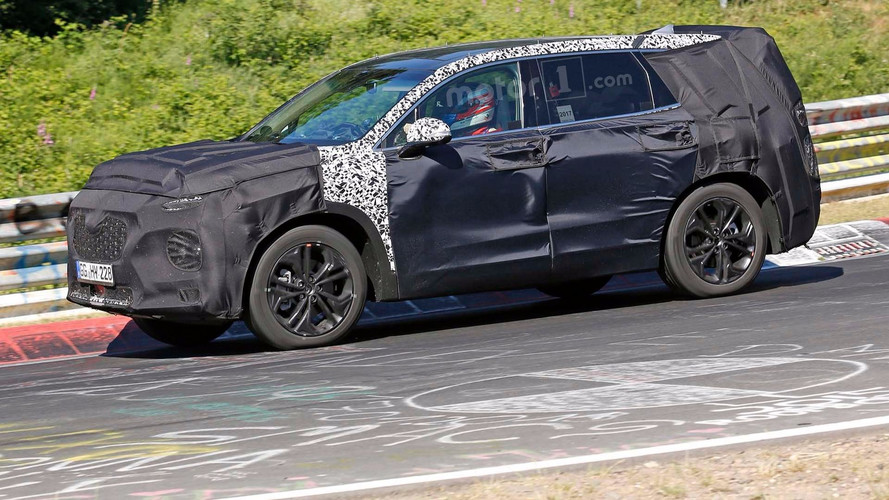 Expect the new model to be bigger than the current one.

The next-generation Hyundai Santa Fe will allegedly debut in South Korea in February 2018, according to The Korean Car Blog. Unfortunately, the site doesn't cite a source for this premiere date, so we still have to take it with a grain of salt for now.

The timing makes sense, though. Spy shots have revealed the next-gen Santa Fe testing throughout the year. In addition, Hyundai Motor America CEO Dave Zuchowksi said in late 2016 that the company would introduce two SUVs in 2018.

Hyundai allegedly intends to differentiate the three-row Santa Fe and two-row Santa Fe Sport to a greater degree because customers reportedly confuse them. Part of this would happen by giving the smaller one a new name. In addition, the Santa Fe would grow larger and gain a more rugged appearance.

The latest spy photos show the Santa Fe's front end taking cues from the Kona by using split headlights and a large grille. It looks quite big, too. Inside, the model would gain an updated infotainment system and available head-up display, according to The Korean Car Blog.

If the Santa Fe debuts in South Korea in February, look for a North American premiere soon after. Sales in the United States would then likely begin in the latter half of 2018.

The existing Santa Fe received a refresh for the 2017 model year. It gained a new front end with a restyled grille and updated headlights. Inside, there was a new infotainment system and improved driver safety tech. Depending on the model, buyers could choose between a 2.4-liter naturally aspirated four-cylinder, a 2.0-liter turbo, and a 3.3-liter V6. 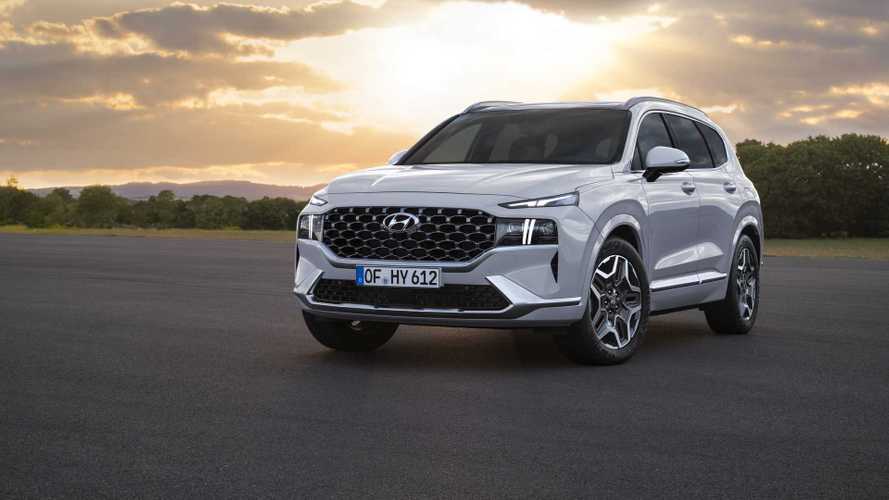