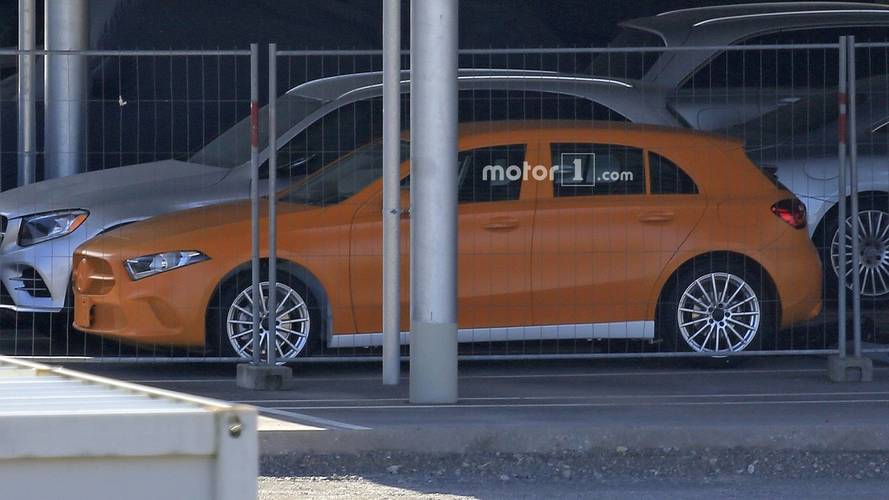 In other news, the current AMG V12 models might be the last ones, but the engine is expected to live on in Maybach models.

At €51,527 in Germany, the Mercedes-AMG A45 is the most affordable way to get behind the wheel of an AMG model, but things are about to change with the arrival of the next-generation A-Class. Rumors of a sub-A45 model have been circulating the World Wide Web for quite some time and now we finally have confirmation straight from Tobias Moers, none other than the man who is calling the shots in Affalterbach.

In an interview with Top Gear magazine at the Los Angeles Auto Show, AMG’s boss admitted he sees a “huge opportunity for the A35” and he described it as being the “A45’s little brother.” He did not go into any details about how much it will cost, but logic tells us it will be considerably more affordable than the A45 and at the same time more expensive than the A250 Sport, which at home in Deutschland retails for €41,370.

The new hot hatchback from AMG will finally bridge the gap between the two models we’ve mentioned, which are currently separated by no less than 163 horsepower. With the A45 already confirmed to hit the 400-hp sweet spot, the A35 could have well over 300 hp to fight the Volkswagen Golf R. We will find out the exact amount of power its detuned 2.0-liter gasoline engine will deliver as early as next year when the A35 will debut either right away or shortly after the lesser A-Class models. As for the A45, we’ll have to wait until 2019.

During the same interview, Moers dropped a not-so-subtle hint about what could very well be the demise of the V12 engine in Mercedes-AMG models: “The V12 market has changed, and I think it could be that we have to call it done,” adding “we don’t need a luxury car like that in our AMG portfolio, so it could be that this is the last generation of V12 AMG S-Class.” But don’t fret as the twelve-cylinder powerhouse is expected to live on in Maybach-branded models for those eager to have a biturbo 6.0-liter engine.