Slow teams should not be allowed in F1 - Montezemolo 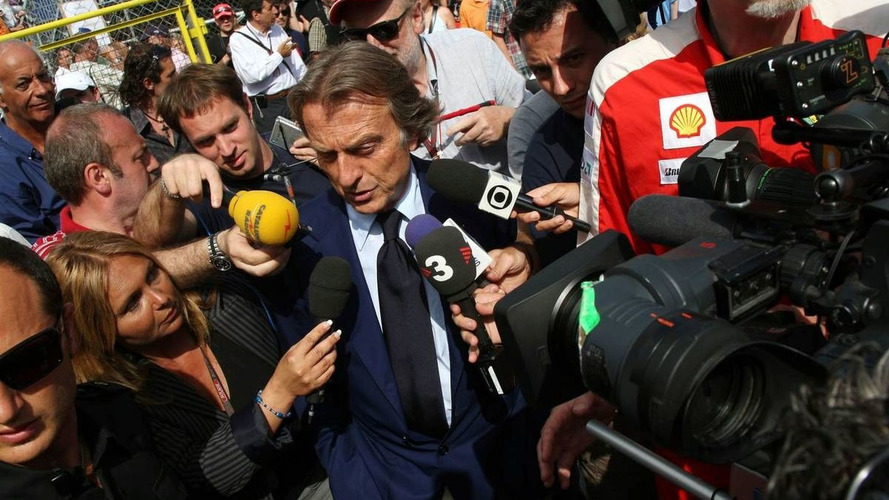 The Ferrari president thinks the grid should be filled by the bigger teams fielding three cars, rather than by opening the doors to newcomers including Lotus, Virgin and HRT.

Next year, another small team is likely to make its debut.

"In modern F1 races cars with GP2 levels of performance shouldn't be allowed to participate -- they are supposed to race on Sunday mornings," Montezemolo is quoted by Italy's La Gazzetta dello Sport.

Montezemolo argues that Fernando Alonso's push for Montreal victory was ruined by the lapping of backmarkers, an apparent reference to his delays behind Jarno Trulli's Lotus and the HRT of Karun Chandhok.

But while it is true that, earlier this year, the small teams were vastly off the pace, all of the six cars were faster by multiple seconds than the entire GP2 field in Turkey recently.

And in Canada last weekend, Heikki Kovalainen's Lotus qualified just two tenths behind the Ferrari-powered Sauber of Kamui Kobayashi, while Virgin and HRT runners were also easily within 107 per cent of the pole time.

The new teams' laptime deficit in Canada was between 3 and 4 seconds, compared with Giancarlo Fisichella's 2.2 second qualifying deficit in a Ferrari-powered Force India at the same circuit two years ago.

A report at Italiaracing said: "It should be noted that the only complaints this season about the smaller teams have come from Ferrari."

Gallery: Slow teams should not be allowed in F1 - Montezemolo