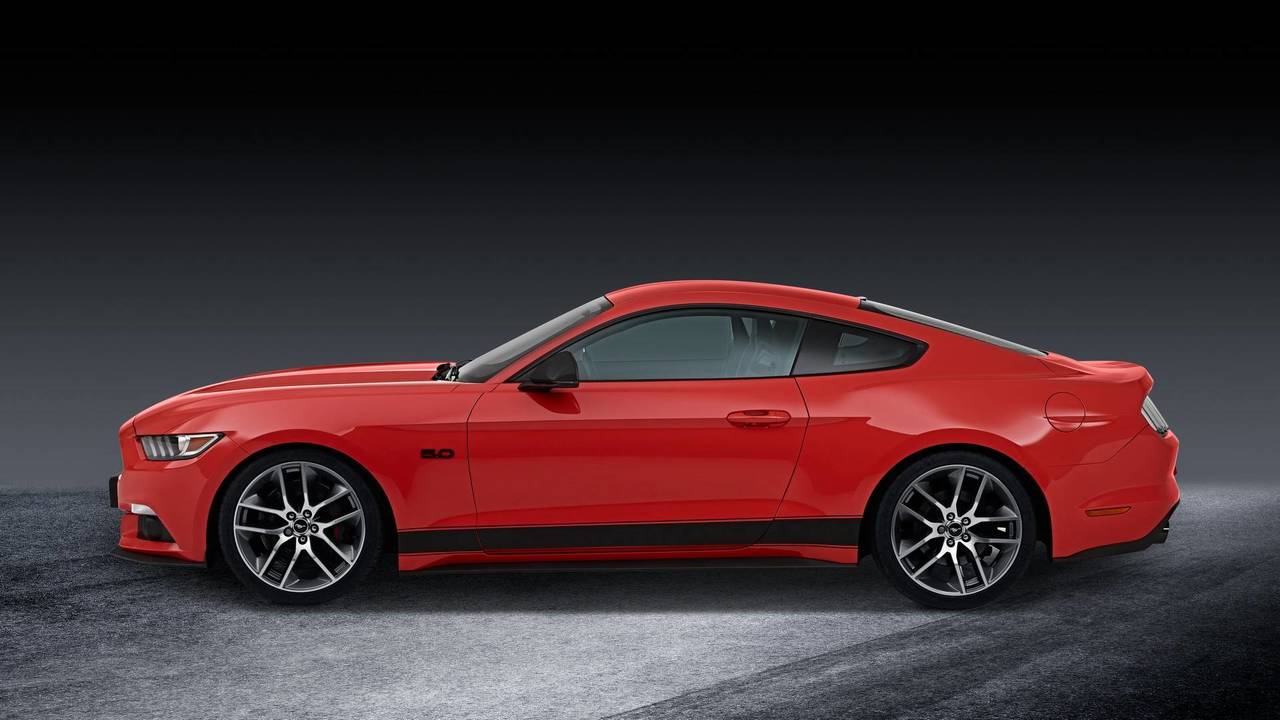 The upgrades are already available for customer orders.

Ford is further expanding the range of customization options for its sports models with the addition of factory Performance Parts for the Mustang, ST, and RS lineups. The Blue oval company promises the “high-quality, tailor-made” accessories and parts enhance the look, sound, and driving attributes of the performance vehicles.

The first portion of about 70 personalization options and upgrades is already available to order through the European dealership network of the manufacturer. It’s quite important to mention that those specially-developed parts won’t affect the factory warranty of your car. You can either take a delivery to your home address and fit the parts by yourself, or to a Ford dealer for professional fitting by technicians.

The range of parts covers the automaker’s current lineup of performance vehicles, including the Fiesta ST, Focus ST, Focus RS, Mustang, and the Ford GT supercar. In 2018, Ford will expand the upgrades list with additional components.

Some of the performance-oriented parts include coilover strut and shock absorber kits, delivering up to a 40 mm reduction in ride height, light alloy wheels with up to 15 percent reduction in unsprung mass, high-grade stainless steel exhaust systems, offered in road-legal and track-only specifications, and, last but not least, a supercharger kit for the Mustang 5.0-liter V8.

One of the stars in the Performance Parts catalogue is the previously announced Drift Stick – an “electronic handbrake,” allowing for locking up the rear tires in the Focus RS at will. Basically, it acts like the hydraulic handbrake in rally and drift cars, and makes it easier to go sideways even for the most unskilled drivers.

The Drift Stick is already available to order in the United States and Canada for $999. It can be mounted on all 2016-2018 Focus RS vehicles, without affecting the factory warranty.

“The passionate engineers at Ford Performance are also enthusiasts,” Fabio Carafa, vehicle personalisation director, Ford of Europe, explains. “Everyone here is encouraged to think outside the box, so project ‘Wicked Stick’ was born.”

COLOGNE, Germany, Dec. 1, 2017 – Ford today announced the introduction of Ford Performance Parts in Europe – a new range of high-quality, tailor-made, Ford-approved parts that will enable customers to further enhance the look, sound and driving attributes of their Ford Performance models.

Revealed for the first time at the Essen Motorshow, Germany, the first wave of about 70 specially-developed, Ford warranty-approved Ford Performance Parts personalisation options and upgrades are available for customers across Europe to order through the Ford dealer network from Dec.1, for delivery to their home address, or to a Ford Dealer for professional and convenient fitting by specially-trained technicians.

The Ford Performance Parts offering will be expanded in 2018 to cover more Ford models and include new components. Ford Performance models in Europe include the all-new Fiesta ST, Focus ST, Focus RS, Ford Mustang and the Ford GT ultra-high-performance supercar.

“Ford is synonymous with attainable performance. Ford Performance Parts will deliver even more satisfying driving experiences for enthusiasts,” said Fabio Carafa, vehicle personalisation director, Ford of Europe. “Ford Performance customers – some of the most competent and knowledgeable drivers out there – are telling us they want to further personalise the driving dynamics, performance and style of their vehicles. We’ve specifically developed our Ford Performance Parts portfolio to meet that need.”

The Ford Performance organisation was formed in 2014 to serve as an innovation laboratory and test-bed to create unique performance vehicles, parts, accessories and experiences for customers. Confirming Ford’s commitment to Ford Performance in Europe, the company earlier this year appointed Leo Roeks in the newly created position of Ford Performance Director, Europe.

Developed in conjunction with renowned specialists including Roush, Borla, KW and Remus, and tested for performance and durability at locations including Ford’s Lommel Proving Ground, Belgium, and the Nürburgring Nordschleife, Germany, Ford Performance Parts products all feature a Ford part number and are covered by the Ford warranty.

“Ford Performance Parts are designed to deliver optimum performance, but also for speedy, hassle-free fitting,” Carafa said. “Our high-performance coil-over kits are pre-assembled for plug-and-play fitting by our trained technicians, to deliver an immediate performance upgrade with no time-consuming tuning process.”

The Drift Stick – an aluminium lever between the driver’s seat and manual transmission – utilises the innovative, industry first Focus RS Drift Mode to deliver clutch-free drift turns very similar to the experience of a real rally car, and is designed for track use only.

Internally called Project Wicked Stick and led by Ford Performance programme manager John Wicks, the Drift Stick opens the rear-drive unit clutches of the Ford Performance All Wheel Drive system and applies hydraulic pressure to lock the rear wheels with the simple pull of a lever. Connecting directly to the vehicle's electronic systems means instantaneous response with minimal effort required to engage the lever, for easy, precise use.

“The passionate engineers at Ford Performance are also enthusiasts,” Carafa said. “Everyone here is encouraged to think outside the box, so project ‘Wicked Stick’ was born.”