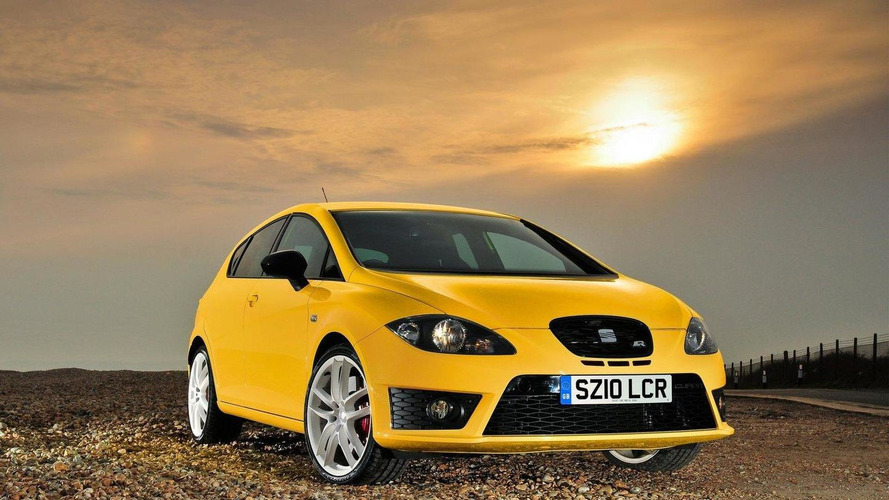 Get the full details on pricing and availablilty for the new Seat Leon Cupra R inside.

Nine months after its debut in Frankfurt, the Seat Leon Cupra R has gone on sale in the UK.  The new model uses a four-cylinder turbocharged 2.0-liter engine that produces 261 horsepower (195 kW / 265 PS), more than ten percent higher than the Leon Cupra.

Drivers will be pleased with the 350 Nm of torque, an increase of 17 percent over the Cupra, and the short-throw six-speed gearbox.  The Cupra R has 1.9 bar turbo pressure at maximum output, and 2.2 bar pressure at maximum torque (1.8 bar standard)), and features high-pressure fuel pump to boot.  The performance upgrades let the car sprint from 0 to 62mph in 6.2 seconds, on its way to a 155mph top speed.

At the same time, the car gets 34.9 mpg, while spewing out only 190 grams of CO2 per kilometer.  Other features include XDS, a system that retools the anti-lock brakes to mimic a limited slip differential.  Stability control, traction control, and emergency brake assistance is also included.

Customers in the UK can expect to pay £25,205, with production held to just 500 units per year.  The first Seat Leon Cupra R will be delivered imminently.