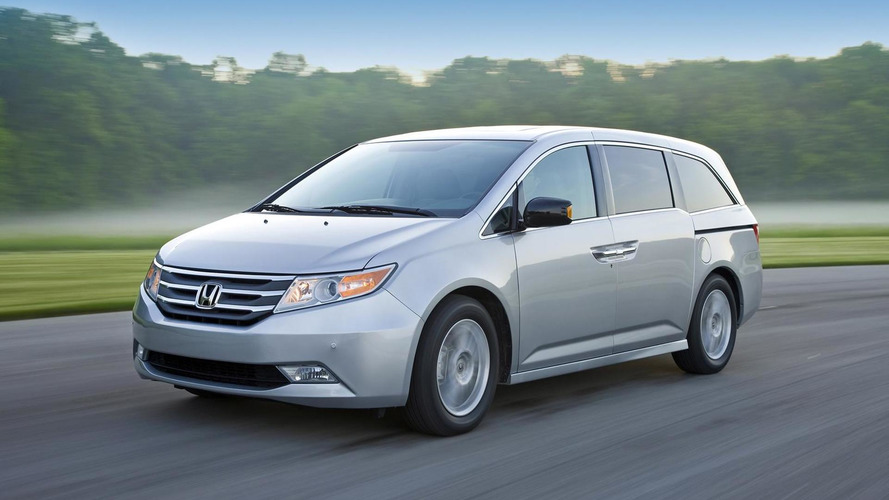 Looking virtually identical to the Odyssey concept, the van features a bold grille, a distinctive lightning-bolt beltline, and a roof-mounted spoiler.

Honda has pulled the wraps off the redesigned 2011 Odyssey minivan.

Looking virtually identical to the Odyssey concept, which was unveiled at 2010 Chicago Auto Show, the van features a bold grille (similar to the one used on the Accord Crosstour), a distinctive "lightning-bolt" beltline, which increases third row visibility, and a roof-mounted spoiler. The top-of-the-line Odyssey Touring Elite boasts HID headlights, 18-inch alloy wheels, 12.6-inch ventilated front disc brakes, power side mirrors (with integrated turn indicators), and a power tailgate.

While the company declined to release performance specifications, the Odyssey is powered by a 3.5-liter V6 engine. Thanks to three-mode Variable Cylinder Management, the Odyssey has an EPA estimated fuel economy rating of 19 mpg city / 28 mpg highway.

Look for more information to be released ahead of the van's launch this fall.