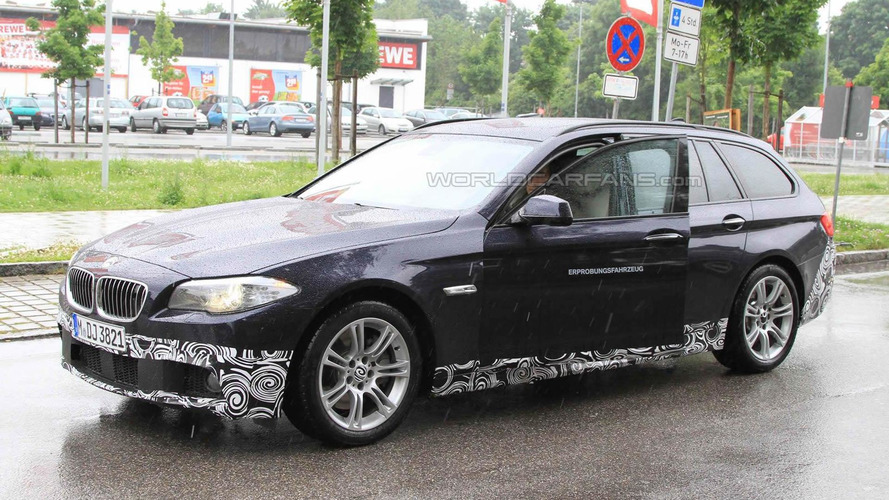 BMW will release an M Sport package for the new 5 Series Touring (F11) at the end of the year. Do not expect performance updates though, just the styling kit.

A 2011 BMW 5 Series Touring (F11) clad in some of the usual psychedelic camouflage was spotted covering its M Sport package. We could get over-excited and think it is an M5 Touring, but alas, it is not. Performance was not enhanced, just the front bumper, side skirts and rear bumper.

The Touring features luggage capacity of 560 litres (19.8 cubic feet). The previous-generation only had 500 litres.

Expect the 5 Series Touring M Sport package to be available at the end of 2010.