2019 Audi A6 Spied With Production Lights In The Show 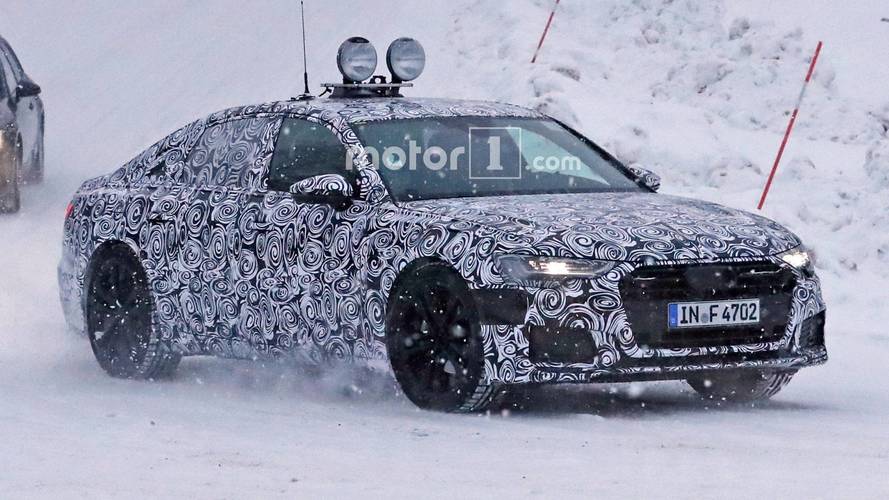 Will it get a LED stripe between the taillights?

Audi has finally started testing the next generation A6 with its production lights as this new batch of spy photos reveals. The photographed prototype wears less camouflage than ever and you can clearly see its headlights and taillights will strongly resemble the ones on the recently launched A7 Sportback, despite earlier promises from the German automaker that the two won’t look too identical.

Compared to the current A6, the new model will feature a more aggressive design with an even wider radiator grille and sleeker headlights. The side profile remains relatively unchanged, but we noticed the side mirrors are moving down to the door blades. At the back, it seems like the comfortable sedan will get a LED stripe connecting the taillights, just like the A7 and A8, but we can’t confirm that for now.

The Mercedes-Benz E-Class and BMW 5 Series arch rival will be based on the MLB Evo platform, which should bring a healthy weight loss thanks to the extensive use of aluminum in the construction. We haven’t heard anything about the engine lineup so far, but you don’t have to be a car guru to know most, if not all, of the motors will be shared with the two larger limousines.

Now that the A8 and A7 are out and about, Audi is strictly focused on the development of its third large sedan, expected to receive its official premiere during the first quarter of next year – probably during the 2018 Geneva Motor Show in early March. The first to arrive, naturally, will be the sedan version, followed by the station wagon and the rugged A6 Allroad.

Speaking of the wagon, there’s a good indication the next-gen A6 Avant could return to the American market, most likely as an Allroad model, as apparently there is a “small group of aficionados” for an alternative to crossovers.