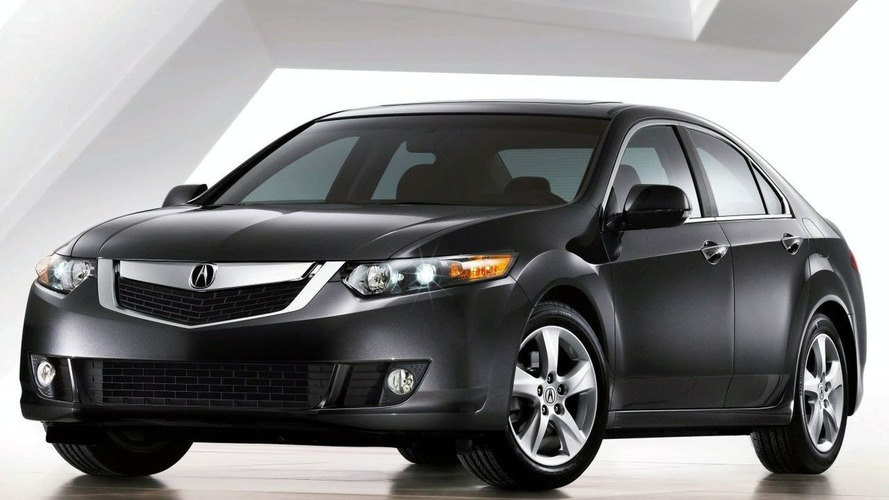 No firm detail on specifications yet, but expect some news closer to the New York Auto Show in March.

Acura, Honda’s North American prestige brand (think Nissan – Infiniti and Toyota – Lexus) will launch the all new Acura TSX at the 2008 New York International Auto Show. If you squint slightly while looking at the image, you would be forgiven for thinking the new car was a European spec Honda Accord. It may come as no surprise then to discover that the current 2008 Acura TSX is a rebadged version of the European spec Honda Accord.

The 2008 model is equipped with a 205hp 2.4L i-VTEC inline 4 cylinder engine and either a 5 speed automatic or 6 speed manual gearbox. Acura are coy on specifications of the 2009 TSX at present but promise improvements in performance so expect at least a refresh of the powertrains. The styling is more evolution than revolution as Acura appears to be playing it safe. Safety and technology are also said to be in for enhancement so expect airbags and traction control devices aplenty.