Lamborghini Four-Door Sedan Imagined, But Will It Happen? 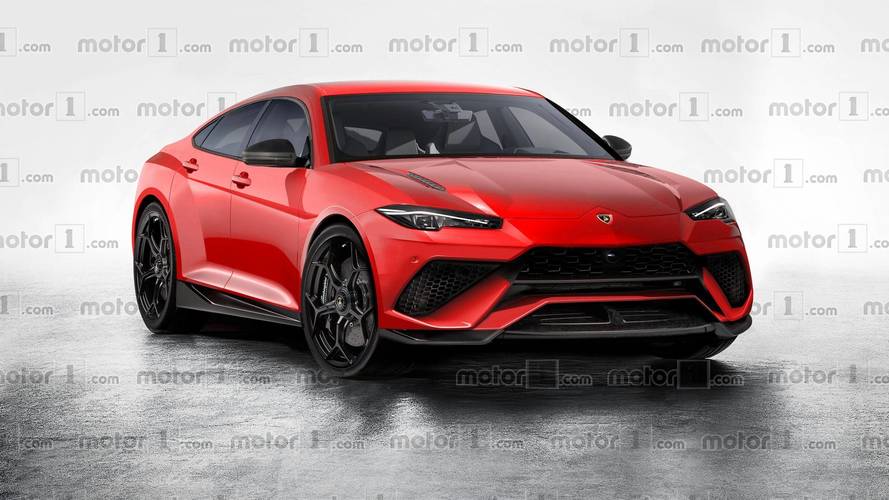 Spoiler alert: if it sees the light of day, it's going to be hot!

We are only a couple of days away from the debut of Lamborghini’s second high-riding model in history. The Urus will be officially revealed on Monday, December 4, and should become the brand’s best-selling model in the next couple of years, doubling the its annual sales and targeting markets like the U.S. and China.

But what’s next for the Sant’Agata Bolognese manufacturer? According to an encouraging report from October this year, Lambo is considering launching its fourth model early next decade, a four-door, high-performance sedan.

More about the four-door Lambo sedan:

Our exclusive rendering previews a possible look for this new model, inspired by the Estoque concept and the upcoming production version of the Urus SUV. If the project gets the green lights, it will most likely be based on the MSB platform, which also underpins the latest Porsche Panamera and Bentley Continental GT. A final decision has not been made so far, as the supercar automaker is also pondering a couple of other new model ideas, including a Miura-inspired model.

Most of all, the faith of the four-door sedan depends on how successful the Urus is on the market. Simply said, if it makes enough money for extra R&D activities, the super sedan will see the light of day at some point.

Sharing its platform with the Panamera means the vehicle could get the same 4.0-liter biturbo V8 engine, which will also power the Urus, where it will be mated to a ZF-sourced eight-speed automatic gearbox with torque converter. With power of about 600 horsepower (447 kilowatts), it could become one of the fastest four-door vehicles on the planet.

Lamborghini’s top priority by far now is the launch of the Urus. So, take a deep breath, enjoy this rendering of a possible Lambo four-door sedan, and come back on Monday for the official Urus reveal.