You Can Lease A New Kia Stinger For $299 A Month 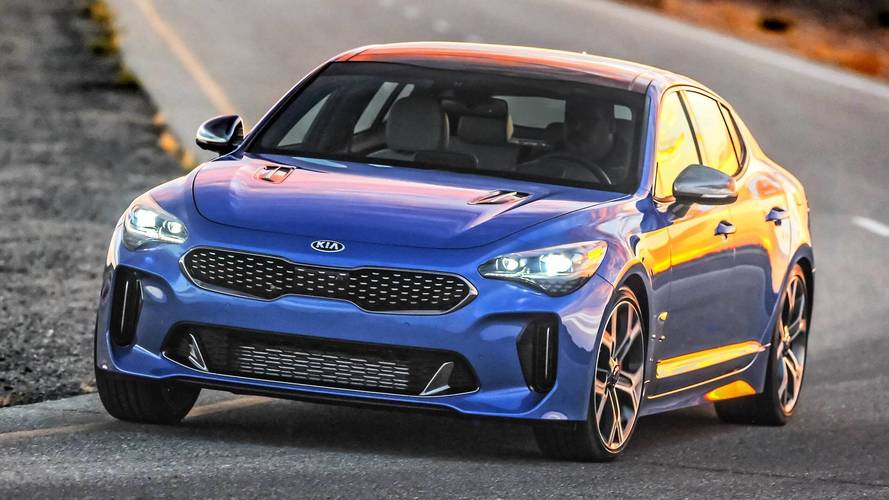 That seems like a killer deal for a larger car with serious fun factor.

The first legitimate performance machine from Kia is already making some serious waves. To rock the sport sedan boat even more, the automaker is offering up a very tempting lease deal of $299 per month in hopes of wooing people to give its new Stinger a try. It seems Kia is keen to show uninformed buyers what us media types and current owners have known for some time now – the automaker is building some damn good cars these days.

Cars Direct has the details, and while it’s a great deal, there is a bit of fine print. The deal requires $2,999 due at signing, which is par for the course in the lease world. It’s also for the base model Stinger, which gets the 2.0-liter turbo four cylinder with 255 horsepower. Specific lease pricing for the GT and its 365-hp biturbo six isn’t mentioned, but Cars Direct does point out some major incentives that could translate to a sweet – albeit more expensive – monthly price for the higher-spec model.

However, in our time spent with the Stinger we found that it’s much more than just a beefy engine turning the rear wheels. This is a properly fun car to drive thanks to a communicative chassis that offers both comfort and a planted, confident poise when pushed. It’s not small either – there’s easily room for four adults and with the rear seats folded, the hatchback design will swallow a bewildering amount of cargo. Sure, the GT would be more exciting, but that’s like saying a long waterslide is more fun than a short one. At the end of the day, they’re both worth standing in line for.

If we were in the market for a fun, inexpensive new car, it would be a hard sell to talk us out of the Stinger. Cars Direct says that lease deal is good through January 2.