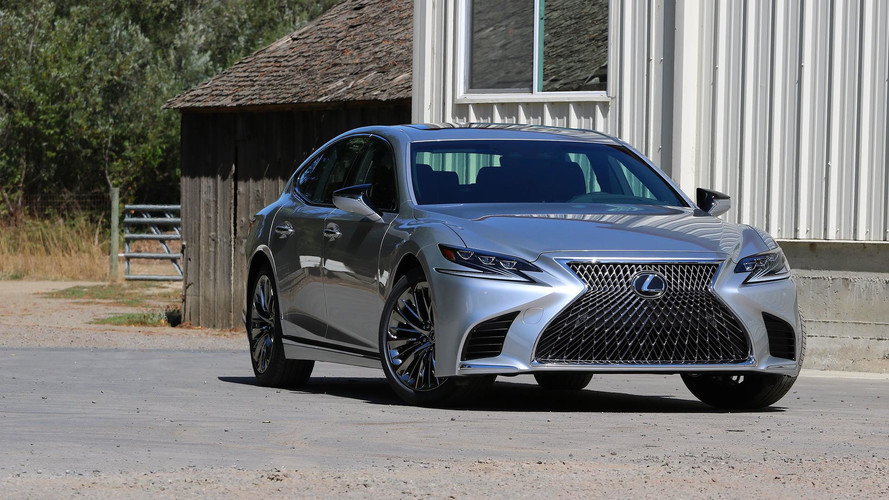 Whether you're backing up or speeding down the road, Lexus' LSS+A safety system could prevent a serious accident.

The 2018 Lexus LS will have more advanced safety features than ever, and the automaker showed off the optional LSS+A safety assist suite to journalists during this week's Los Angeles Auto Show. The package could save lives by taking the existing LSS+ tech and adding front pedestrian avoidance, rear pedestrian braking, and front cross-traffic alert features.

Rear pedestrian braking can help prevent injuries to people walking behind the LS while the sedan is backing up. While the existing LSS system can detect and stop a Lexus from reversing into stationary obstacles or vehicles, the new +A version adds the ability to recognize humans. If the sensors detect a person, the driver initially gets an audible warning. If there’s no response, the tech can bring the sedan to a complete stop at speeds below 6 miles per hour (10 kilometers per hour). It leaves about an 18-inch (45.7 centimeter) gap between the vehicle and the person, which seems like just enough to give him or her a scare for not paying attention to your LS – or to save his or her kneecaps if you're distracted while reversing.

Front cross-traffic alert adapts a feature that’s already available at the rear of the car, but makes the tech much more useful for urban driving when visibility is obscured. In a demonstration, a Lexus LS pulled alongside a tall shrub that blocked the driver’s view of traffic coming through an intersection. However, on-board sensors at the front corners of the sedan were able to detect if other cars were approaching. When the Lexus was fully stopped, the system simply showed orange marks around oncoming vehicles on the head-up display and front camera display. If the driver attempted to pull away, an audible warning then activated.

Automatic braking isn’t part of the front cross traffic alert tech, so drivers could still conceivably hit an oncoming vehicle if they ignored both alerts (the car does still have a normal pre-collision braking feature).

Finally, the new pedestrian avoidance system has the highest chance of potentially saving a life. It takes the existing emergency braking tech and adds the ability to swerve automatically if the sensors believe the LS can’t stop in time. Drivers receive notifications in stages that start with an audible warning and progress very quickly to braking, and then turning the wheel if necessary to avoid an accident.

Lexus is still finalizing option prices for the 2018 LS, but rear pedestrian braking will cost around $800 as part of a bundle with the optional panoramic camera system. Front cross-traffic alert and pedestrian avoidance will come with the LSS+A package for around $3,500. However, ordering the panoramic camera will be a requirement to get LSS+A.

The LSS+A tech will eventually be available on other Lexus models, but the company won’t give a timetable for its broader availability yet. Look for the expansion to come quickly, because the company’s next big innovation is the Highway Teammate semi-autonomous driving system that arrives in 2020.