Skoda Looks Back At Its Adorable 1100 OHC Race Car 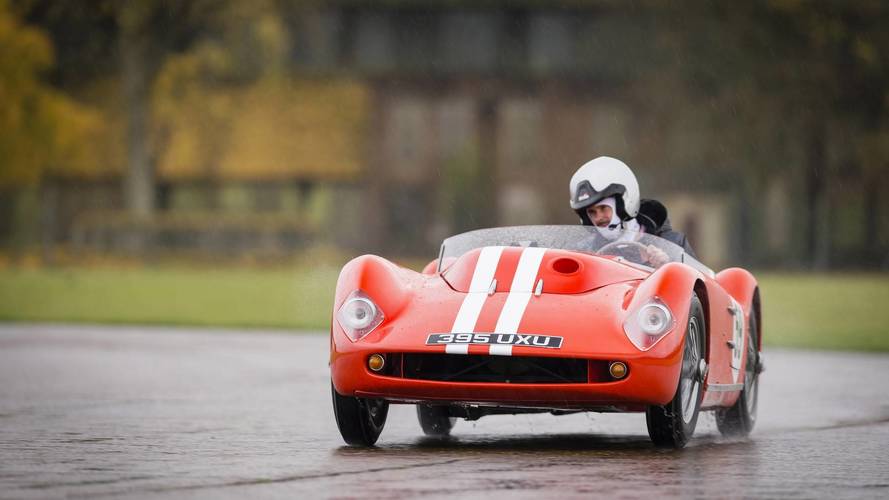 60 years later, there are only two surviving examples.

Having been around since 1895 (as Laurin & Klement), Skoda is one of the oldest car manufacturers in the business and over the decades it has built a multitude of race cars, with this being the cutest of them all. Dubbed “1100 OHC” after its engine displacement and overhead camshafts, the two-seater little racer is considered as being a direct successor to the famous Skoda Sport and Supersport.

While those two were based on the chassis of the road-going Skoda 1101, this was a prototype engineered with a latticed tub frame welded from thin-walled tubes. The open-top race car received a glass fiber reinforced plastic body and that allowed Skoda to keep the weight to a remarkably low 550 kilograms (1,212 pounds).

The 1100 OHC is undoubtedly tiny, stretching at just 3880 millimeters (152.7 inches) and standing 964 mm (38 in) tall. It’s 1430 mm (56.3 in) wide and features a wheelbase that measures a mere 2200 mm (86.6 in). During the early development phase, the pocket rocket had nifty retractable folding headlights, but these were eventually replaced by fixed headlights protected by Plexiglas covers to make the body more aerodynamic.

Riding on 15-inch wired wheels and fitted with a torsion bar suspension, the rear-wheel-drive Skoda 1100 OHC was quite impressive back in the day and had a nearly perfect weight distribution (49.7% front, 50.3% rear). At the heart of the race car was a 1.1-liter inline-four engine mounted longitudinally at the front and fitted with two camshafts in the cylinder head. Feeding on high-octane aviation fuel, the engine produced 92 horsepower at 7,700 rpm and revved all the way up to 8,500 rpm. Top speed? 124 mph (200 kph).

Only two vehicles have managed to withstand the test of time and one of them sits proudly in the Skoda Museum at home in Mladá Boleslav, Czech Republic. The company also made a couple of coupes with a closed aluminum body and these tipped the scales at a still low 618 kg (1,362 lbs). The bad news is both were wrecked in accidents, but the good news is Skoda is taking the drivetrain from one of them to renovate an 1100 OHC Coupe by using a preserved chassis.