Mercedes hasn’t even revealed the regular versions of the hotly anticipated third-generation CLS, but AMG’s boss Tobias Moers is already eager to talk about how the people from Affalterbach will spice up the range. Following the standard model’s premiere later today at the Los Angeles Auto Show, a hotter “53” model will premiere in January at the North American International Auto Show in Detroit. 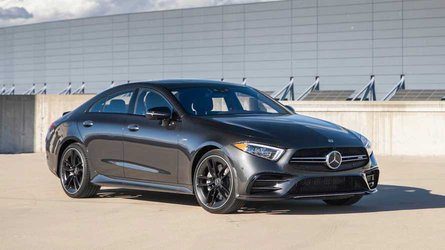 Moers finally confirmed those rumors about a new Mercedes-AMG “53” family of performance hybrid models, with the CLS to lead the way. Set to act a successor of the outgoing model’s “63” version, the new partially electrified CLS will combine a turbocharged six-cylinder 3.0-liter engine with an electric motor to enable a combined output of 429 horsepower. No word on torque, though.

The man in charge at AMG confirmed the output number in an interview with Autocar this week, specifying the “53” badge will only be used by Mercedes-AMG strictly for models equipped with a hybrid powertrain. He also hinted the second model after the CLS to receive the treatment could be the E-Class, so expect to see something along the lines of a Mercedes-AMG E53 in the not too distant future. Interestingly, the British magazine says only the coupe and convertible E-Class models will receive the “53” hybrid treatment.

For those in need of more power than the 429 hp provided by the upcoming Mercedes-AMG CLS 53, a sportier four-door AMG GT is in the offing and that one will use a biturbo 4.0-liter V8. It’s set to debut in production guise also in Detroit and should have well over 500 hp, if not close to 600 hp. Further down the line, the AMG GT sedan will probably receive the concept’s hybrid powertrain with about 800 hp.

Meanwhile, Mercedes will host the world premiere of the next-gen Mercedes CLS in just a few hours.