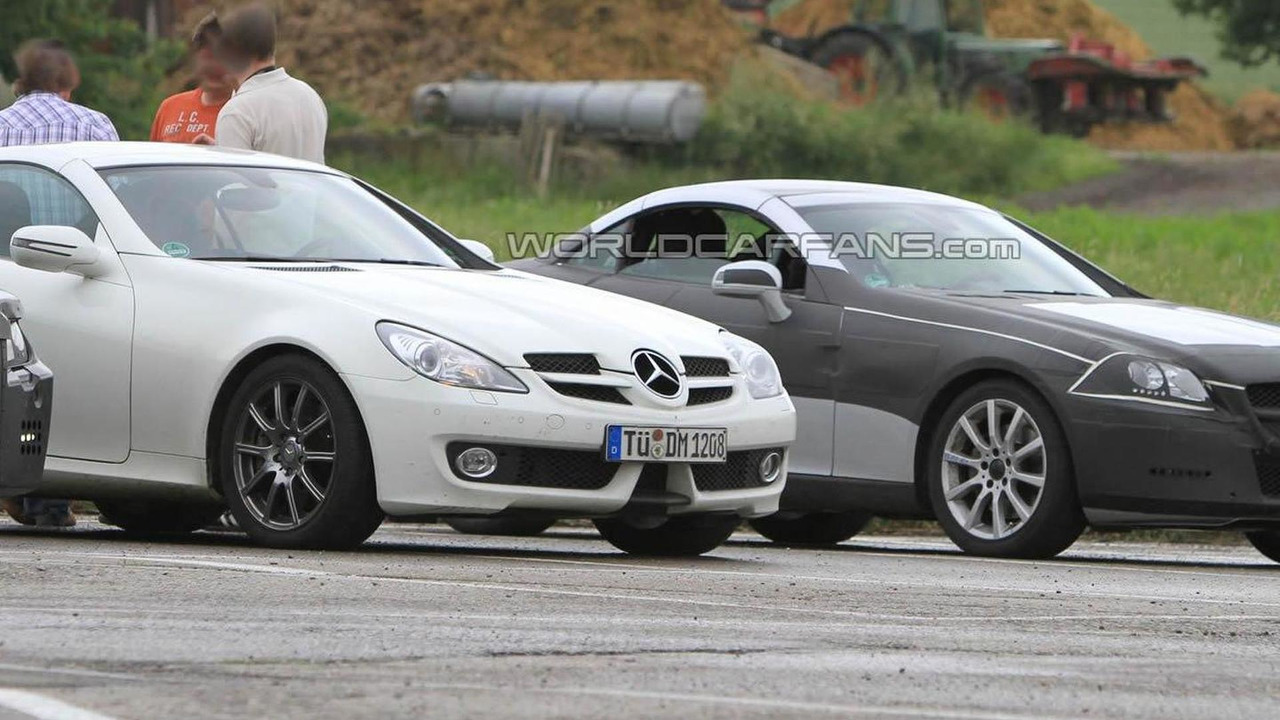 New SLK features a new SLS AMG Gullwing-like front end with a flatter and longer nose. Other new features include updated head- and taillights, lowered side mirrors and larger side sills.

Here we have a set of spy shots of two prototypes of the upcoming 2012 Mercedes-Benz SLK sitting right next to a current-generation one.

These pics, taken at an engineering facility, show the cars sitting side-by-side with their differences more easily highlighted, such as the flatter front nose of the car with its larger-mouth grille which gives the car, dare we say, a Dodge-like look. No, no, no! Its an SLS AMG Gullwing-like front-end, notice the longer beak on the car compared to the current SLK.

One of the SLKs here is still wearing some hefty camo but other is more lightly dressed and (including previous spy shots) we can make out some of the new features like the new head- and taillights, lowered side mirrors and larger side sills.

Under the hood? Who can keep up? The German premium brand keep announcing new iterations of their power plants. Safe to assume there will be more power and better fuel economy than the current model.