Lamborghini Apis Blurs The Lines Between Rendering And Reality 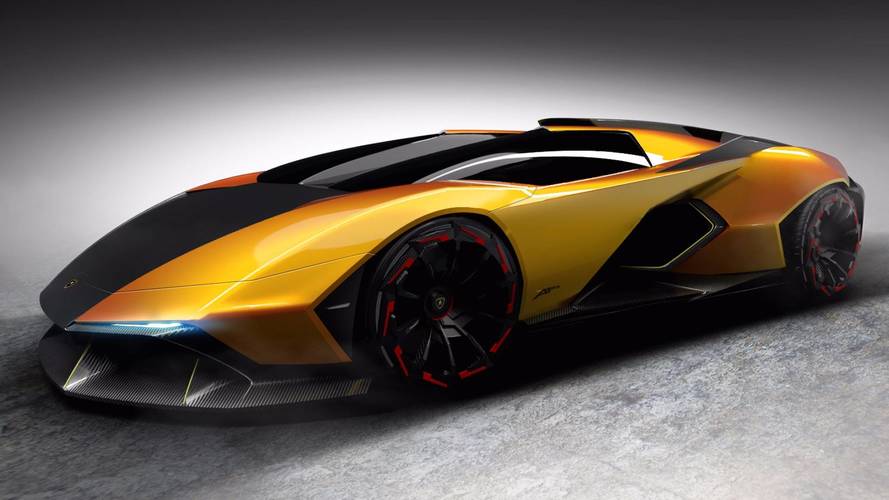 It may just be a study, but this hypercar looks like something Lamborghini would build.

Lamborghini has built a number of highly sought-after concept cars over the years. The marque’s most recent, the stunning and futuristic Terzo Millennio, made its debut at the Massachusetts Institute of Technology, and came pre-loaded with a high-powered hybrid engine. But not even designers at Lamborghini were able to dream up the dramatic-looking vehicle pictured here.

Created by artist and graphic designer Fernando Pastre Fertonani, the Lamborghini Apis concept is a hypercar envisioned for the year 2022. It comes with all the dramatic design cues you’d expect from a hypercar of the new decade, and is named after a "highly regarded bull deity of ancient Egypt," says Fertonani, keeping in line with the current brand naming scheme.

The Apis features a unique dual-cockpit design that allows unique on-road experiences for both driver and passenger. The low-slung hood is highlighted by a set of sleek LED headlights and a carbon fiber front splitter. The dual-cockpit design allows for air to flow seamlessly over the hood and funnel into a carbon fiber roof scoop, and over a massive centrally located wing, similar to something you might find on an endurance racer.

A massive, sculpted rear diffuser gives the concept a design unlike any other Lamborghini before it, and the carbon fiber wheels are sharp, even by hypercar standards. A slim set of LED taillights protrude from just underneath the bodywork, and dual exhaust tips are located at each corner.

Fertonani doesn’t have any ideas in the way of performance, but given its "hypercar" credentials, and its futuristic theming, a 1,000-horsepower (745-kilowatt) hybrid powertrain would be the most likely candidate. A top speed of well over 200 miles per hour (321 kilometers per hour) is also implied.

Unfortunately for its designer, the Apis has no chance of reaching the production line for Lamborghini – but maybe his design cues could potentially inspire another hypercar within the lineup. Fertonani says that the Apis concept is "everything that makes a true Lamborghini," and we definitely agree.