The Alfa Romeo Giulia Quadrifoglio has been dethroned.

There’s a new four-door king of the ‘ring, and it comes from Jaguar. Remember a few weeks ago when we spied the supercar-killing XE SV Project 8 attacking the Nürburgring? It was indeed hunting for a record, and in that mission it was a success. In fact, it was a smashing success, lapping the Green Hell in 7 minutes 21.23 seconds – a full 11 seconds ahead of the previous four-door champ, the not-at-all diminutive Alfa Romeo Giulia Quadrifoglio.

Of course, we’re speaking about production cars here – Subaru turned a sub 7-minute time in a specially prepared WRX STi earlier this year, but with rally-spec equipment and 600 horsepower it was far from the production-spec Type RA it represented. For that fact, we suspect Alfa Romeo may have a similar argument to make against the Project 8, which will be far more exclusive than the top-tier Giulia with only 300 copies slated for production. 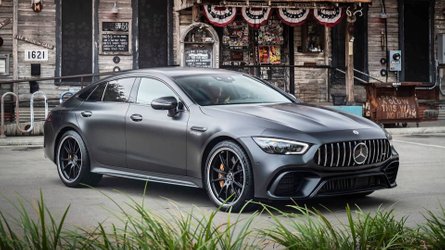 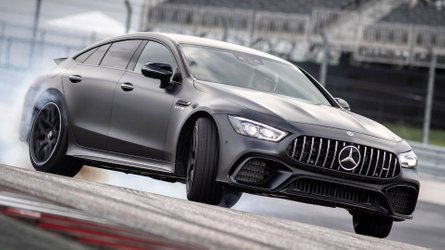 It will also be considerably more expensive, as rumors of a near-$200,000 sticker price are correct. Specifically, Jaguar says the Project 8 will start at $187,500 in the United States, and that doesn’t include $995 in destination and various other charges. By comparison, that same figure would buy two Giulia Quadrifoglios with enough left over to probably find 11 seconds worth of modifications. 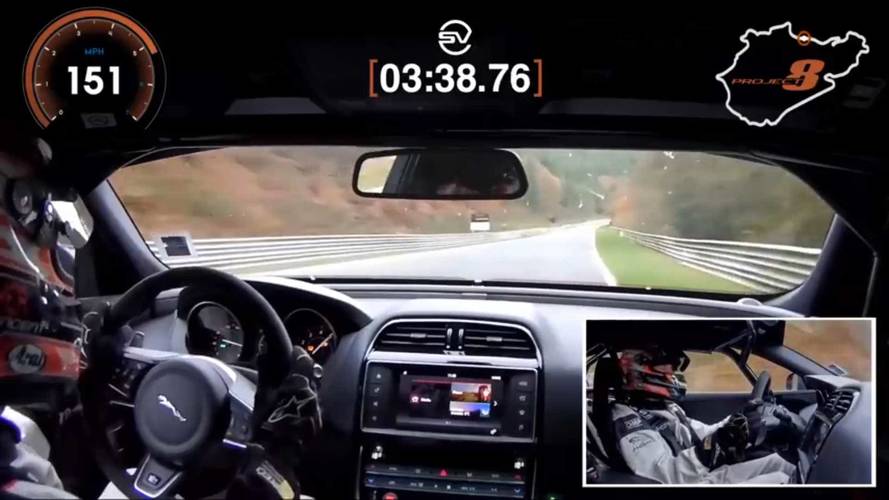 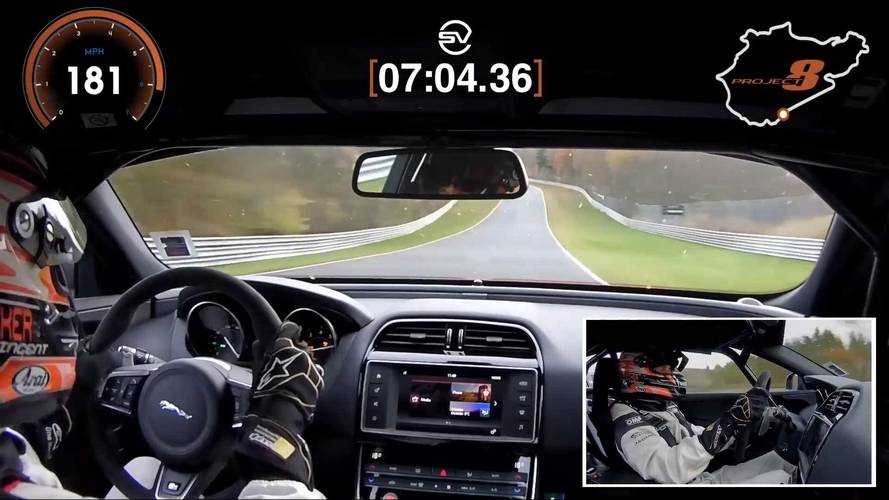 We say this not to downplay the XE SV Project 8 – 7:21 in a freaking production sedan is mind-blowing and awesome in every way. It blasts through Kesselchen at 150 mph and nabs 180 before wigging under hard braking to nab the last few Nordschleife corners – a testament to both the car and the driver. But whereas the Project 8 will likely be a car-never-seen that spends its time indoors in coveted vehicle collections, the Quadrifoglio basically becomes a working class hero as a sub-$100,000 daily driver. Yeah, the Jag in amazing, but so is that Alfa.

Still, a record is a record, and to that we salute Jaguar for a job very well done.

– XE SV Project 8 is the most extreme road-legal Jaguar ever
– The XE SV Project 8 is capable of 0-60mph in 3.3sec and a top speed of 200mph1,3
– Watch the XE SV Project 8 prototype’s record lap of the Nürburgring Nordschleife here: http://bit.ly/2BuZZw4
– Production limited to 300 units for sale worldwide; priced from $187,5004 in the U.S. Register interest at www.JaguarUSA.com

The new record is 11 seconds quicker than the previous time set by a sedan of production-intent specification around the 12.9-mile circuit; putting the 592hp Jaguar ahead of some of the world’s fastest two-door coupes and exotic cars.

Mark Stanton, SVO Director, said: “The SVO design and engineering team’s mission was to create the most track-focused road-legal Jaguar in history – not only the fastest, but also the most agile. As a result, only the roof and front door skins of the Project 8 body are carried-over unaltered from XE and 75 per cent of its mechanical hardware is new. This astonishing Nürburgring Nordschleife record validates the success of such extensive changes.”

John Edwards, Jaguar Land Rover Special Operations Managing Director, added: “SVO exists to push the boundaries of performance, luxury and all-terrain capability. The hand-assembled XE SV Project 8 takes that principle to the limit, extracting supercar-beating performance from Jaguar’s most compact four-door sedan. The Nürburgring Nordschleife record underlines our commitment to deliver the most extreme Jaguar ever to Project 8 clients, who will soon experience this sensational sedan for themselves.”

The XE SV Project 8 will be available next year, priced from $187,5004 in the U.S. Production is limited to 300 vehicles worldwide. Visit www.JaguarUSA.com to register interest in the Jaguar XE SV Project 8 and keep up to date.