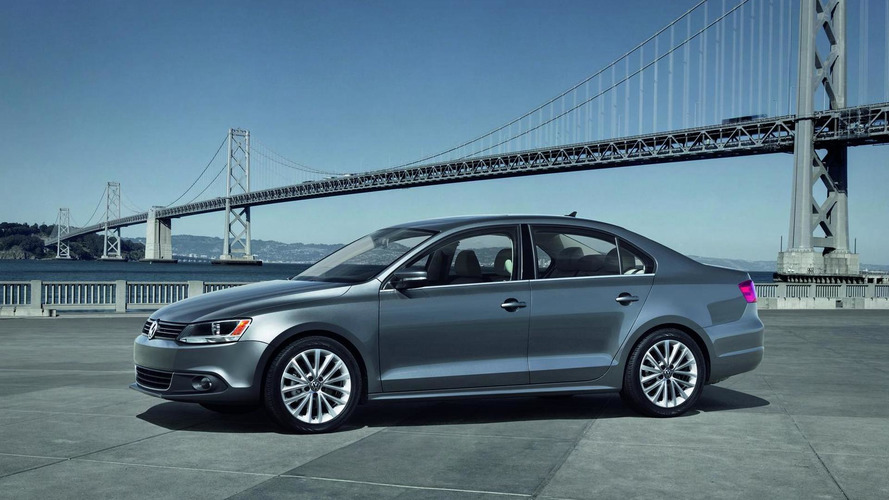 Get the full story on the all-new 2011 Volkswagen Jetta, including early pricing info, inside.

The sixth-generation Volkswagen Jetta will be introduced to the world today in a presentation at Times Square in New York.  Although the car was developed to be more cost effective, the new Jetta will not share body parts with the VW Golf as it had in the past.

Based on the Volkswagen NCC seen at the NAIAS in January, the new Jetta is much longer than the fifth-gen car.  The latest sedan has a wheelbase that is seven centimeters longer, and a body that is nine centimeters longer, than the outgoing model.   As such, the car measures 4.64-meters long by 1.78-meters wide by 1.45-meters high (182.7-inches x 70.1 x 57.1), and has a 2650-mm (104.3-inches) long wheelbase.  Compared to the NCC, the new Jetta appears to have a shorter rear end, with a steeper rear windscreen.

The bigger proportions translate to more legroom inside, which has been increased by nearly 7.5 percent.  The added width can certainly be seen at the front of the car, where the added width translates to a sportier appearance.  The redesigned front fascia adds to this, with the short grille element, and narrow headlights.

European pricing for the all-new Jetta will be revealed later in the year.