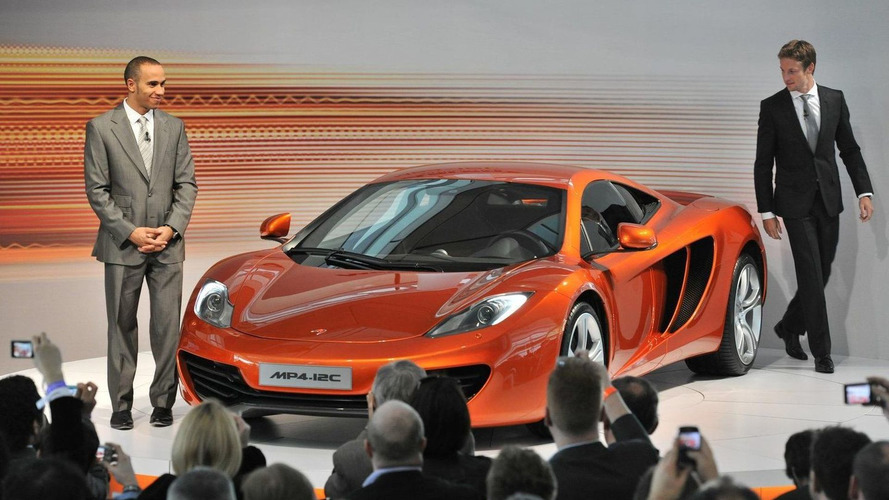 McLaren has announced they will stage of the public debut of the MP4-12C supercar at the Goodwood Festival of Speed in July. The unveiling will be sponsored by three UK dealerships, who will begin selling the car in spring 2011.

McLaren has announced they will stage the public debut of the MP4-12C supercar at the Goodwood Festival of Speed in July.

While the car has already been presented to the media, this is the first time members of the public will be able to get up close and personal with the MP4-12C. The unveiling will be sponsored by three UK dealerships (McLaren Birmingham, McLaren London and McLaren Manchester), who will begin selling the car in spring 2011. Eventually, the MP4-12C will be displayed in all 35 cities where McLaren has established dealerships.

According to Antony Sheriff, McLaren Automotive's Managing Director, "British car enthusiasts are demanding; they enjoy and appreciate performance cars, and traditionally buy what's best - not necessarily what's British. Competing in this market will, therefore, be a major challenge for us as a new sports car company, but McLaren's brand and experience stand us in good stead: the McLaren F1 and SLR projects were perfect benchmarks that provide us with the expertise, commitment and confidence to design, develop and build the world's best performing and highest quality sports cars. We now have the ideal partners in the UK who have enormous experience in delivering extraordinary customer service to help us deliver on those expectations."

McLaren plans to build 1,000 MP4-12Cs and over 2,500 people have expressed interest in purchasing one.