2009 Honda Accord for Europe Unveiled 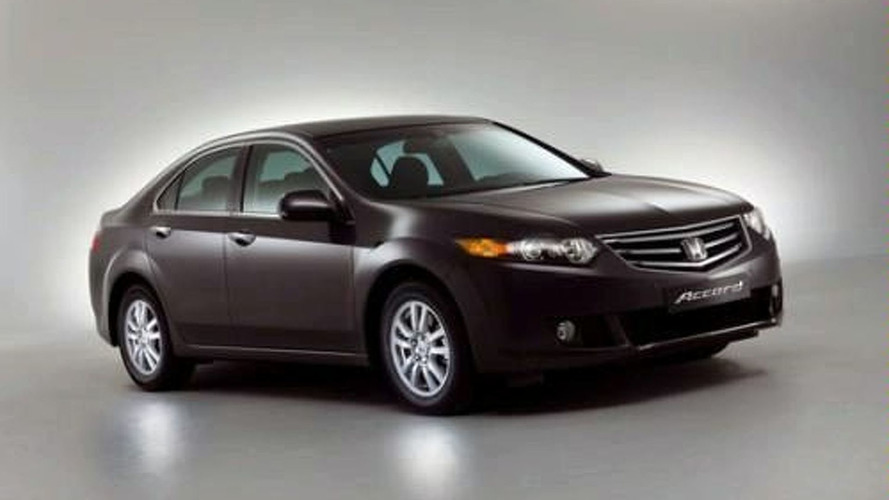 The Accord sedan is expected to arrive in mid-2008 followed by the estate version few months later. The car will be officially unveiled to public at next monthâ€™s Geneva Motor Show

Just few hours into the Acura TSX release, Honda has decided to treat us with details on their new Honda Accord for Europe, which comes in both sedan and estate versions. Physically, the production version doesn’t differ much from the Accord Tourer Concept launched at the Frankfurt Motor Show last year. The new car apparently is wider and lower than the current one, which allows for more interior space and a cockpit-like dashboard with floating backlit instruments and LCD multifunction menu display. The new Accord also uses a more rigid platform and new front and rear multi-link suspension.

Honda’s promise this time around is for better and more powerful yet efficient engines. For that, the new Accord comes with options between two petrol engines and a new ultra-clean diesel. This is officially the first model to get their second-generation diesel i-DTEC engine, which produces 148bhp and 350Nm; not forgetting the multi-stage fuel injection technology, better exhaust gas recirculation system, and the special particulate filter used for much lower emissions. Petrol options would be between a 2.0-litre producing 154bhp and a 2.4-litre i-VTEC producing 197bhp. At the moment, all the engines come with a 6-speed manual transmission, although 5-speed automatic is optional.

Prices are not in yet, but the new sedan is expected to arrive somewhere in mid-2008 followed by the estate version a few months later. The car will be officially unveiled to public at next month’s Geneva Motor Show.

Gallery: 2009 Honda Accord for Europe Unveiled