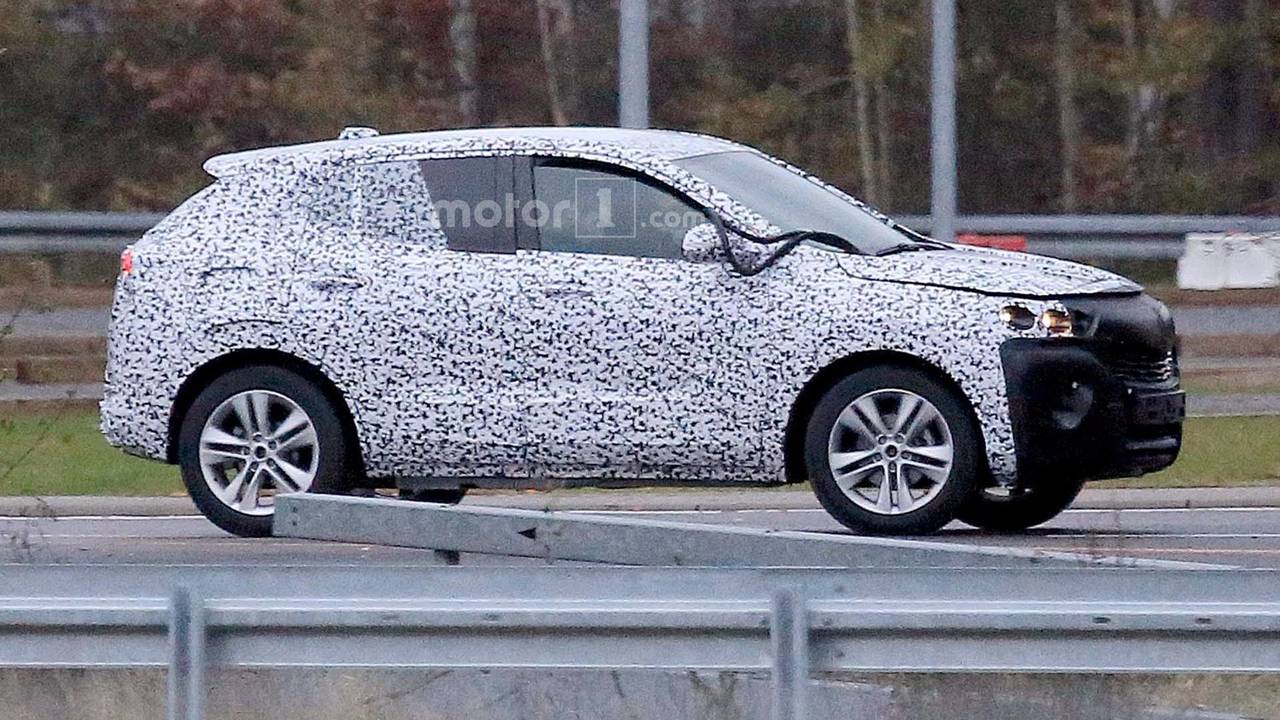 Everyone knows that the small crossover/SUV market is about as hot as the mid-afternoon sidewalk leading to a Southern California Beach, with pretty much every manufacturer on the planet trying to out-style and/or out-engineer the other. That’s why these spy photos of the next-generation Mokka X are of some significance, as the popular crossover is currently offered in numerous markets around the globe – including the United States where it’s known as the Buick Encore.

Judging from the photos, the Mokka X won’t be re-writing the books in the styling department. We still see a familiar high beltline, though it could be growing in length ever-so-slightly from the current model. The urban camouflage wrap does a good job of obscuring body lines, making it tough to see if the sculpted sides still meet sharply at the rear fenders. There’s also quite a bit happening on the front with a new fascia in store, and it appears the roof has slightly more rake to it at the rear.

Details on things such as features and engines – even rumors – are very slim at this point. The Mokka X currently offers the same 154-horsepower (114 kW) 1.4-liter turbocharged four-cylinder used on the Buick version, with a choice of either front-wheel drive or all-wheel drive. It’s generally believed the engine will receive at least a small bump in power, though engine options are sure to vary depending on the market.

Whether the Mokka facelift will expand directly to the Buick-badged model is also unknown. Encore sales in the United States are up significantly from last year, and with sales in the compact SUV segment rising around the world, Opel certainly has much riding on this update. Production will shift from Spain and South Korea to Opel’s plant in Eisenach, Germany, with new models expected to arrive in 2019.