The new crossover will be positioned between the CX-5 and CX-9.

Mazda wants to kick its U.S. market presence into a higher gear by introducing an all-new crossover, designed for and built exclusively in the country. This is what company CEO Masamichi Kogai has revealed in a recent interview to Automotive News, also adding the model will be ready for production in 2021 and will be assembled at Mazda’s new plant that will be jointly built with Toyota.

Kogai expects the new SUV to be a real bestseller without cannibalizing the Japanese manufacturer’s current three-model crossover lineup, consisting of the CX-3, CX-5, and CX-9. Initially, during the first years of production, Mazda plans to dedicate its entire capacity of 150,000 units annually in the new plant to the new crossover.

"We have big expectations," Kogai commented. "This is our declaration that we are going to grow our business in the U.S."

At this point, the identity of the SUV remains a mystery, but most likely it will be positioned between the CX-5 and CX-9, where the discontinued CX-7 was sitting before its production ended in 2012. We expect Mazda to follow a similar recipe to the CX-4 for the Chinese market and the CX-8 for the Japanese market, developing a strictly U.S.-focused vehicle. We are also promised by Kogai it’s going to be “a totally new and different type of SUV.” 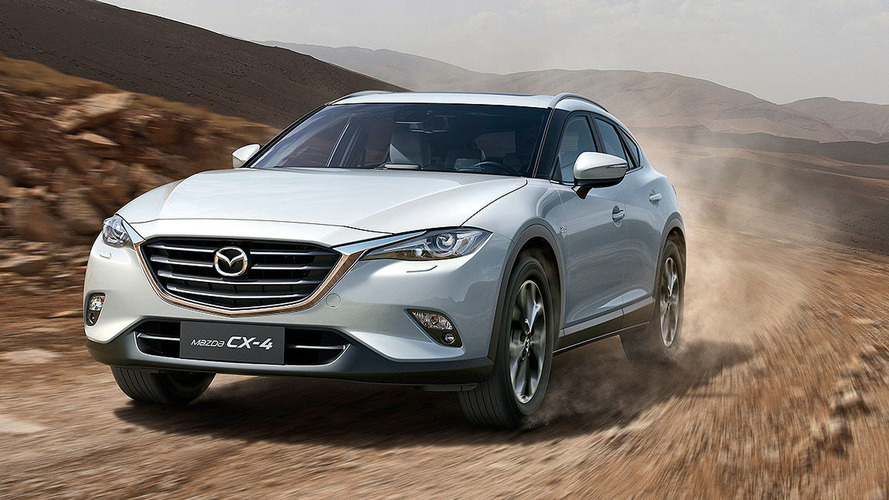 Currently, SUVs account for about 57 percent of Mazda’s American sales and Kogai wants this number to increase to 60 percent. The CX-5 is the brand’s best-selling SUV for 2016 with 112,235 examples delivered to customers.

According to Automotive News, the new SUV is only a small step towards an increased U.S. market share for the company, which wants to significantly grow above the current level of 1.7 percent to about 2 percent with corresponding annual sales of more than 300,000 units.