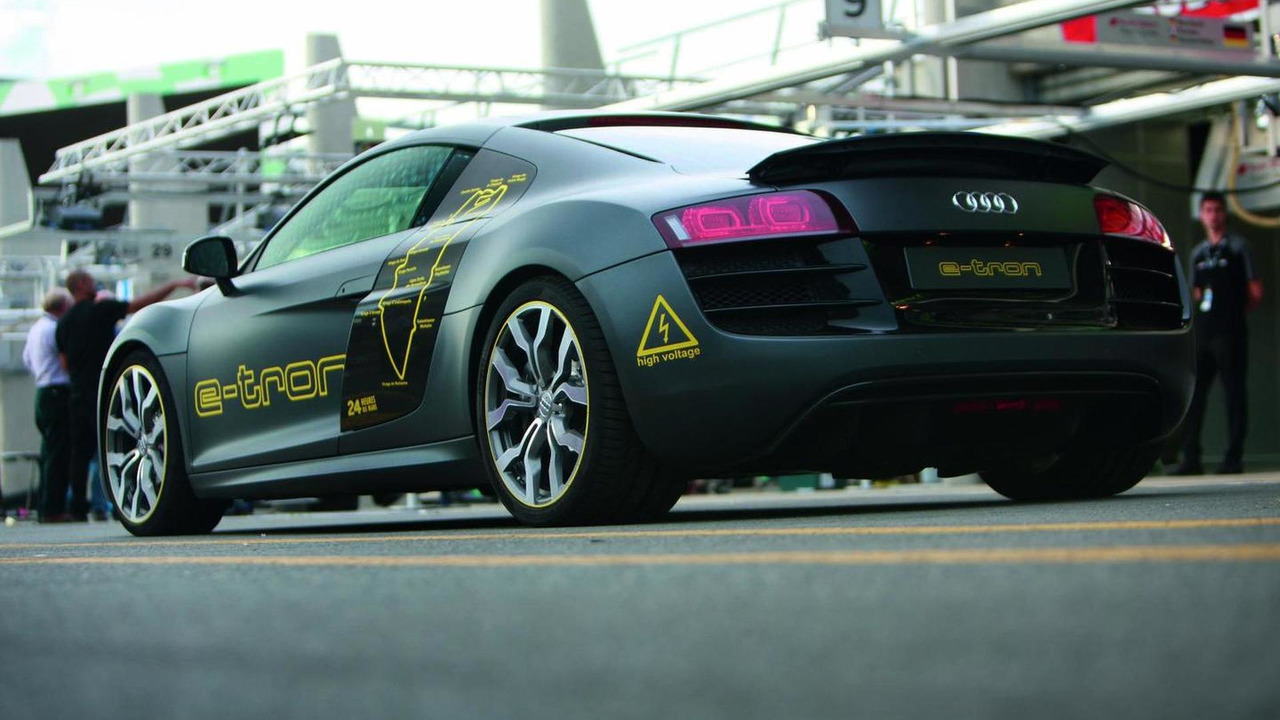 Audi showcased a moving e-tron prototype at the 24 Hours of Le Mans this past weekend. Frank Biela was behind the wheel.

Fans of the 24 Hour Le Mans race got to see a prototype of the Audi e-tron electric supercar first hand when it opened the race with a demonstration run this past weekend. The car was driven by racing legend Frank Biela and is meant to showcase Audi's future direction in terms of fuel sources and performance.

Its battery sits behind the passenger cabin to optimise its centre of gravity, thus achieving a 42:58 weight distribution. Four motors drive the front and rear axles and maximum power is quoted at 230 kW (308 bhp/ 313 PS), while peak torque is an astounding 4,500Nm (3,319 lb-ft). About 70 percent of power goes to the rear. Audi says the R8-based e-tron will accelerate from 0 - 100km/h in just 4.8 seconds.

The battery can be recharged via normal household sockets putting out 230 volts in about six to eight hours. Alternatively it will get partly recharged during driving using the car's energy recuperation system.

A combination of luxury and racing feelings are evoked by the interior atmosphere which features things like a graphic display to show the driving mode.