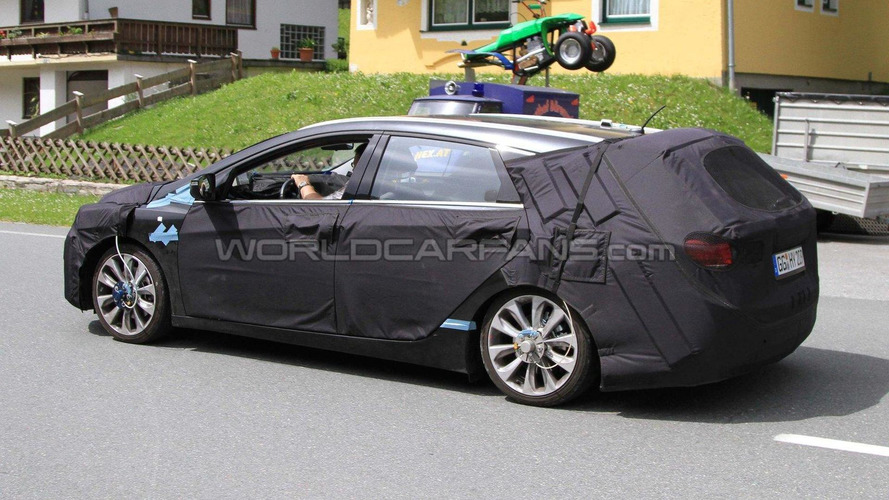 New Hyundai model will be called the i40 in Europe. In Australian, the sedan version has already been released as the i45.

Some spy pics have emerged of the Hyundai i40/i45 wagon prototype caught doing some testing in Europe.

The prototype seen here is carrying some heavy camouflage, especially on the new rear-end of the wagon body-style. Hyundai is giving its Sonata replacement a euro-friendly numbered moniker and it also hopes the styling on the wagon model will be competitive with the best of the European sport-back variants.

Some clarification is required here, lest we contribute to the confusion. The Hyundai model will be available under a different name in various global markets. This model replaces the Hyundai Sonata, and is still called that in the North American market. In Europe, it will carry the i40 nameplate. In Australia, the sedan variant has already been released as the i45.

No news yet on release dates.