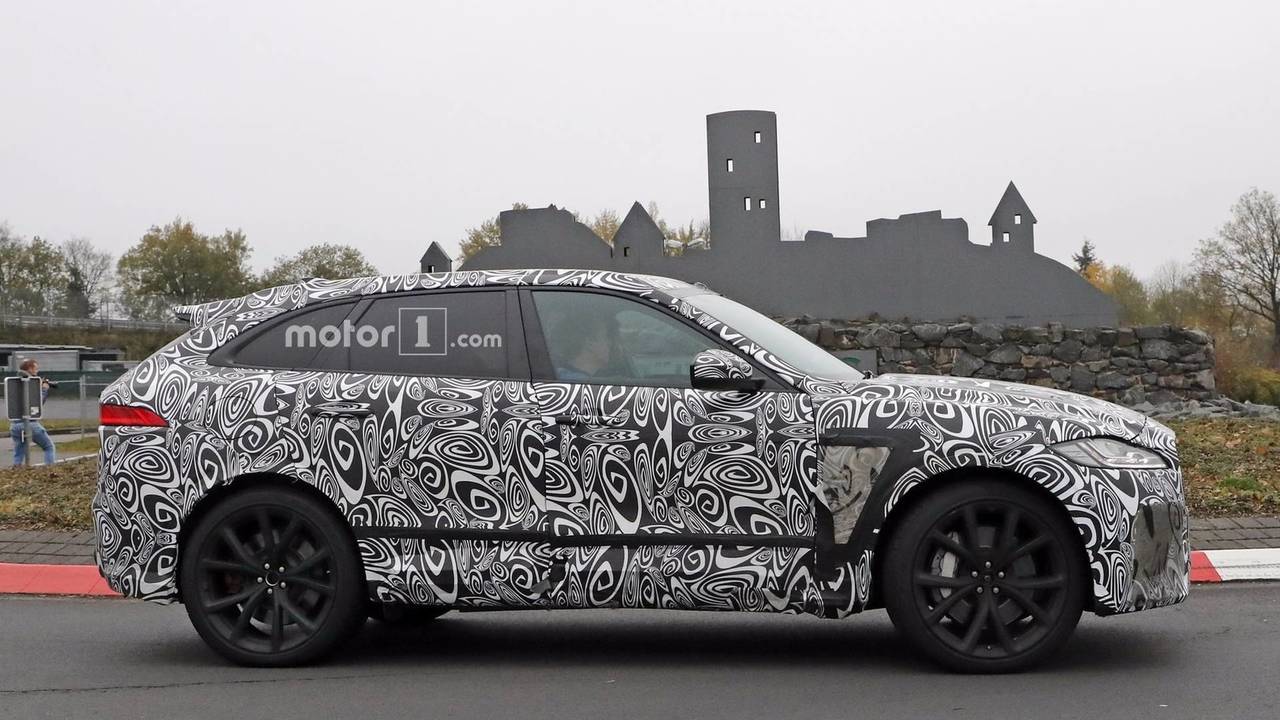 The supercharged SUV will play in the 500-horsepower league.

With Alfa Romeo selling a Stelvio Quadrifoglio, Mercedes a GLC 63, Porsche a Macan Turbo, and BMW about to launch an X3 M, Jaguar’s new F-Pace SVR will have to face some fierce competition. Special Vehicle Operations will work its magic to put the S in SUV by installing a supercharged 5.0-liter V8 engine expected to push out well over 500 horsepower while providing a raspy soundtrack.

Besides the heart transplant, the F-Pace SVR will also stand out from the lesser versions of the range courtesy of a mean-looking body. This near-production had the final bits and bobs while being put through its paces (get it?) during a recent test session near the Nürburgring. Although wearing full camouflage attire, it’s easy to see the SUV had a redesigned front bumper housing huge air vents to cool down the V8 powerhouse lurking underneath the slightly bulged hood.

In addition, it appears the front fenders will feature vents as well, although the disguise could be playing tricks on us. The fact there’s extra camo slapped on using black tape suggests something interesting is happening in that area. At the back, a new bumper had to be designed to incorporate the four tailpipes, double the amount compared to the F-Pace S.

The prototype looks pretty much ready to drop its camo, so Jaguar might decide to take the wraps off as early as next week during the Los Angeles Auto Show. If not, we will have to wait until January for the Detroit show or a couple of months more until Geneva. The BMW X3 M we’ve mentioned in the beginning is also slated to land sometime in 2018 to further expand the niche of high-performance SUVs. 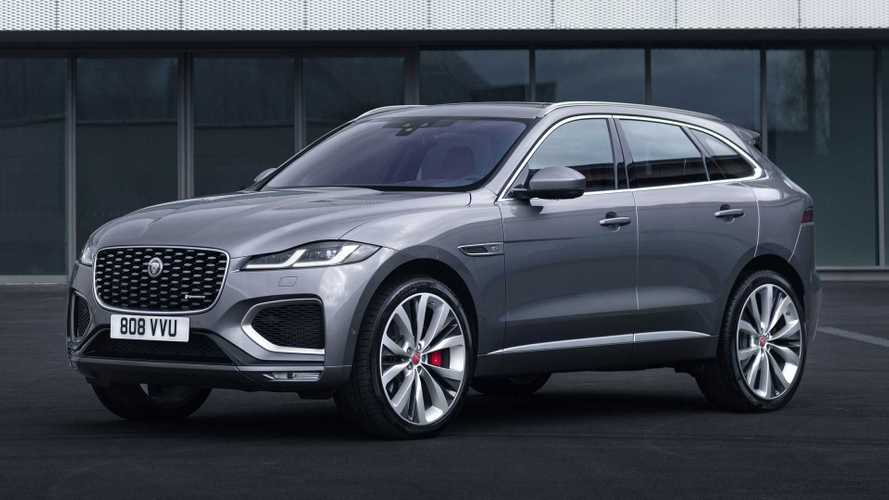