American customers will have a choice of a 1.6 turbo and a 2.0 naturally aspirated engines.

Hyundai will finally bring its fresh new Kona crossover to the U.S. market during the Los Angeles Auto Show with an official premiere scheduled for November 29. The “convention-shattering” vehicle will land in America almost six months after its debut in South Korea.

The automaker is not revealing a lot of details about the U.S.-spec model, but we know from before it will be offered with two four-cylinder gasoline engines, mated to both front- and all-wheel drive configurations. The entry-level variant will be powered by a 2.0-liter naturally aspirated unit with 147 horsepower (110 kilowatts) and 132 pound feet (179 Newton-meters) of torque, paired to a six-speed automatic gearbox. In this version, the Kona will need 10 seconds to reach 62 miles per hour (100 kilometers per hour) from a standstill and will hit a top speed of 120 mph (193 kph).

Opt for the 1.6-liter turbo inline-four and you will have 175 hp (130 kW) and 195 lb-ft (264 Nm) of torque under the hood, channeled to the wheels through a seven-speed dual-clutch automatic transmission. Acceleration time drops to 7.7 seconds and top speed goes up to 130 mph (209 kph). As far as we know, neither the 1.0-liter three-cylinder turbo, nor the 1.6-liter diesel, both offered on the European market, are not planned for America.

Based on an entirely new B-segment platform, the small crossover will deliver class-leading interior space, according to the manufacturer, with more headroom than any of its competitors. The architecture is shared with Kia’s Stonic crossover. 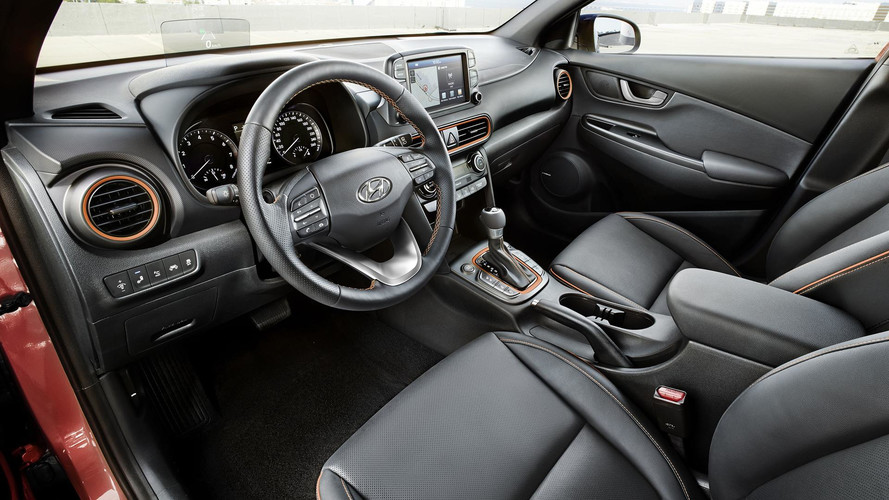 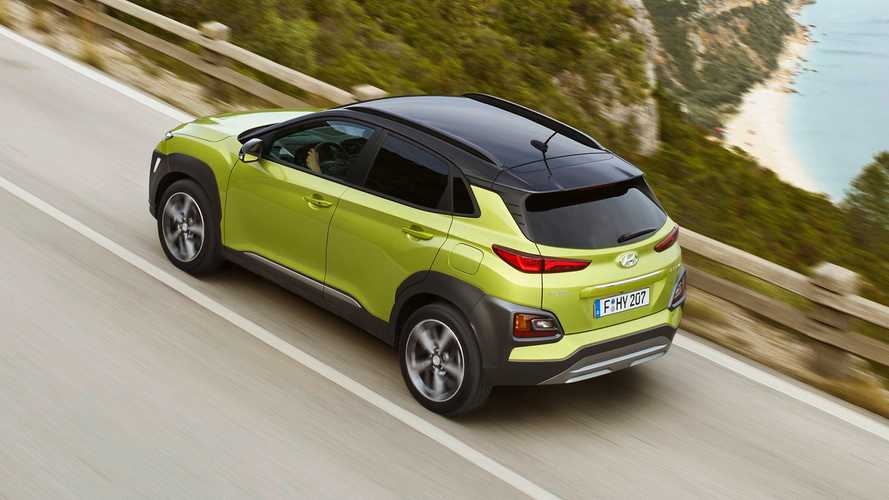 We will have to wait until further details are released for more info, but we can already confirm the Kona will be available with a number of standard and optional safety systems. These include blind spot warning, traffic collision warning, driver attention warning, high beam assist, lane keep assist, and more.

The Kona is already available to order in some European countries and in Hyundai’s home market, South Korea. We expect U.S. order books to open before the end of the year.

Hyundai is unveiling the US-production version of it's convention-shattering KONA crossover at the Los Angeles Auto Show. For those unable to attend the show, a live stream of the press conference will be available.