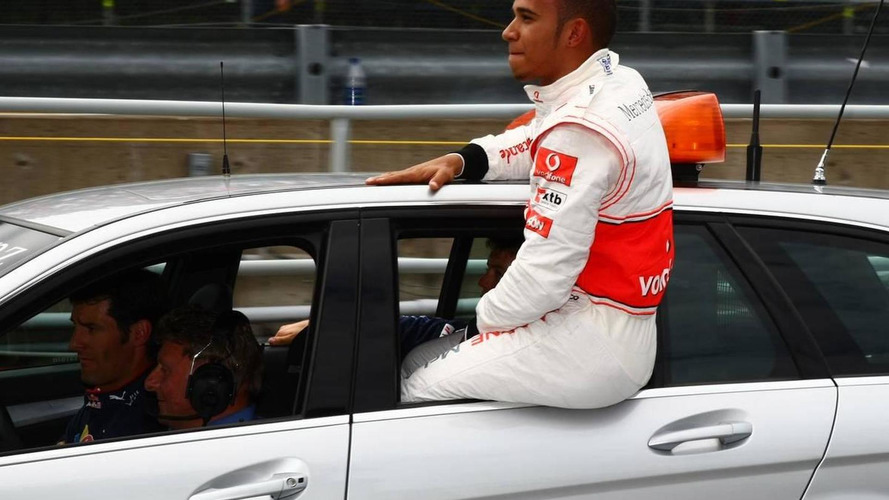 Stewards are looking into whether Lewis Hamilton should be penalised for an incident at the end of qualifying.

Stewards are looking into whether Lewis Hamilton should be penalised for an incident at the end of qualifying.

The 2008 world champion achieved pole position in Montreal, but on his 'in lap' was asked by a McLaren engineer to stop the MP4-25 at the side of the track.

The radio call, broadcasted live on television, informed 25-year-old Hamilton that the reason for the stoppage was to ensure there is enough fuel in the tank for the FIA to test a sample.

"The FIA don't take kindly to you not having enough fuel to get into the pits at the end of the lap -- they'll be taking a look at that," predicted BBC commentator Martin Brundle.

Allowing McLaren to get away with running Hamilton's car too light in Canada, which is a performance advantage, would set a precedent whereby cars are regularly fuelled to stop on the circuit after a final flying lap.

McLaren did not mention the incident in its post-session press release.