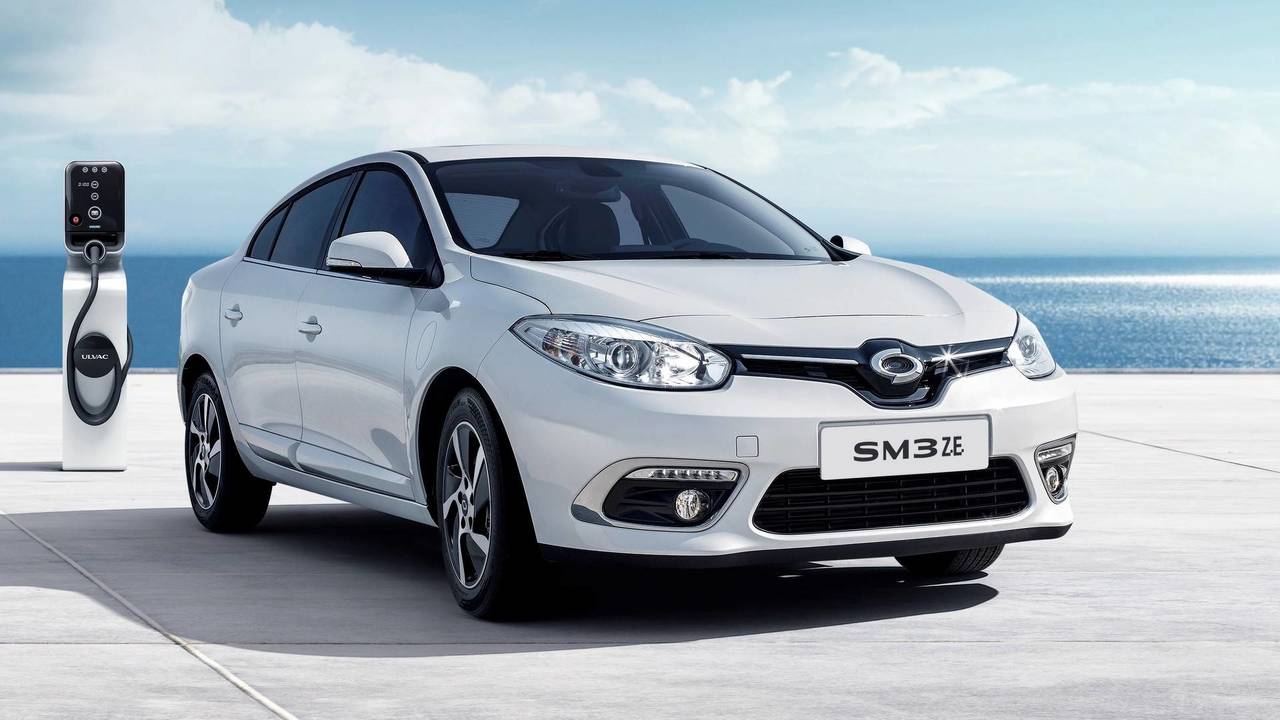 Remember the Renault Fluence? The Megane-based compact sedan was introduced back in 2009 and is still alive and kicking in some parts of the world, including in South Korea where it’s known as the Samsung SM3. Built at a factory in Busan, the latter has been available since late 2013 in an all-electric Z.E. (Zero Emission) flavor, which is now being updated.

Gone is the old 22-kWh battery as it has been replaced by a higher-capacity 36-kWh pack without having an impact on the car’s weight. As a result of the newly gained battery, the 2018 Renault Samsung SM3 Z.E. will be able to travel for up to 213 kilometers (132 miles) between charges, though we should mention these numbers are based on the Korean type approval cycle. Compared to its predecessor, the driving range has increased by a considerable 57 percent.

The updated SM3 Zero Emission was unveiled today on the occasion of the Daegu International Future Auto Expo. According to a local study conducted by the Korean Transportation Safety Authority (KOTSA), the average daily trip in South Korea lasted for approximately 25 miles (40 kilometers) last year, prompting Renault and Samsung to say the revised version of the electric sedan will (theoretically) run for about five days without having to recharge the battery pack. That should cure range anxiety once and for all, at least when it comes down to driving only in the city.

The SM3 Z.E. is a big deal in South Korea as not only is it popular with regular customers, but also among taxi operators and state-run fleets. Last April, no less than 1,200 cars were acquired by the country’s Ministry of Health and Welfare, so the battery update will be appreciated by many.

Daegu (South Korea), November 23, 2017 – Renault Samsung Motors this morning unveiled the new SM3 Z.E. at the Daegu International Future Auto Expo in South Korea. Determined to upgrade its electric vehicle range to meet customer demand, and buoyed by the EV expertise it has gained over the past eight years, not to mention its status as the European market leader, Groupe Renault is continuing to renew its line-up, the latest example being the new version of the SM3 Z.E. which first appeared in 2013.

Said Gilles Normand, SVP, Electric Vehicle, Renault: “Groupe Renault, Europe’s number one EV brand and the market’s pioneer, is in the process of introducing second-generation versions of its electric vehicles. As laid out in our Drive the Future plan, this process will enable Groupe Renault to strengthen its geographical and segment coverage and foster a step-up in the electric vehicle market.”

The autonomy of the Renault Samsung Motors SM3 Z.E. – the market’s only three-box saloon – has been increased by 57 percent to 213 kilometres based on the Korean type approval cycle.
Battery power has been upped to 36kWh with no increase in weight and, with the average daily trip in South Korea standing at 40 kilometres in 2016 according to a Korean Transportation Safety Authority (KOTSA) report, the new SM3 Z.E. is capable of running for approximately five days on a single charge.

This increase in autonomy and the model’s spacious cabin will permit the SM3 Z.E. to address the strong demand expressed not only by retail customers, but also by state-run fleets and taxi operators. Indeed, 1,200 cars were purchased by South Korea’s Ministry of Health and Welfare last April, while the model is also popular as an EV taxi in Seoul, Daegu and Jeju Island.