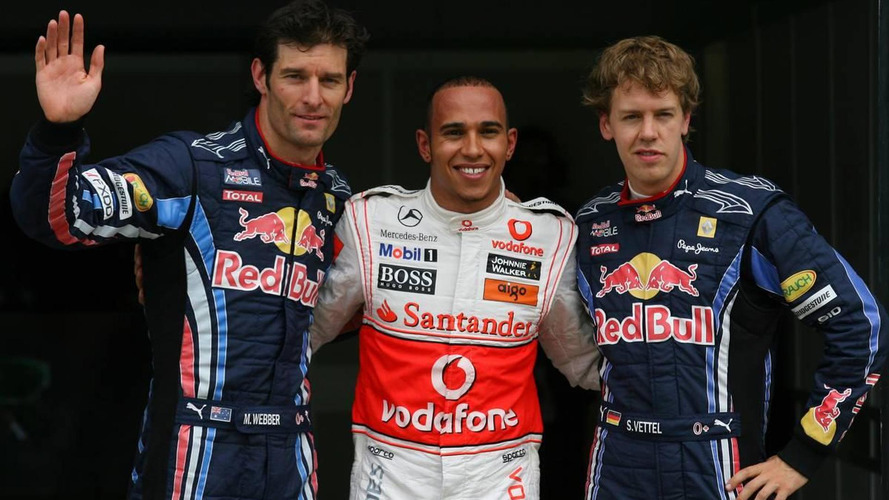 But the McLaren driver was using a different tyre in the decisive Q3 segment -- the fragile 'option' or softer compound, as opposed to the harder 'prime' fitted to the next-best Red Bulls of Mark Webber and Sebastian Vettel.

The three prior practice sessions at the Circuit Gilles Villeneuve proved that Bridgestone's products are struggling this weekend; particularly the option.

Red Bull team boss Christian Horner said earlier in Montreal that it had fallen apart "like cheese" in Canada, moving some to surmise that by qualifying with it on Saturday, McLaren is gambling on an early safety car.

9 of the previous 12 Canadian grands prix have seen the safety car appear.

"We would hope for an early-ish safety car, but I think the quickest way to run the race anyway is to start on the soft tyre, run a short (first) stint, and run on the prime for most of the race.

"If there's a safety car it's a very strong strategy," team boss Martin Whitmarsh told the BBC after qualifying.

However, Vettel told reporters that he thinks Red Bull is beginning the race on the "right tyre", because the softer one lasts only "a couple of laps".

Hamilton acknowledged that the option "goes off quite quickly" but raised the high "possibility of a safety car".

The 25-year-old Briton had to be delivered to parc ferme in an FIA car, after his engineer told him to stop on the circuit on the in-lap so there is enough fuel left in the tank for a mandatory fuel sample.

"The FIA don't take kindly to you not having enough fuel to get into the pits at the end of the lap -- they'll be taking a look at that," predicted BBC commentator Martin Brundle.

Ferrari's Fernando Alonso is fourth ahead of the second McLaren of Jenson Button, while Vitantonio Liuzzi qualified sixth in what Brundle describes as a "career saving performance".