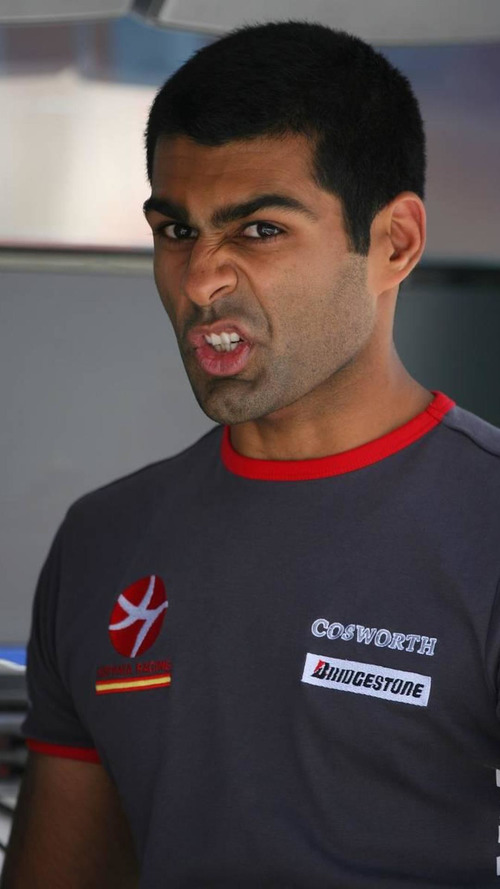 Karun Chandhok could be set to lose his formula one seat due to his stream of sponsorship funds drying up.

Karun Chandhok could be set to lose his formula one seat due to his stream of sponsorship funds drying up.

A report in the English language Indian newspaper Hindustan Times on Saturday said the boss of the HRT team, Colin Kolles, is in talks with potential replacements for the 26-year-old from Chennai.

Former Midland and Spyker racer Christijan Albers may be one potential candidate. The Dutchman has F1 experience and has driven for Kolles' formula one, DTM and Le Mans teams.

Albers, 31, said this week that he might soon return to F1 "with the help of my loyal sponsors. I have a partner that just might give that final push".

Referring to 'sources', Hindustan Times said Narain Karthikeyan and Pastor Maldonado, and HRT third driver Sakon Yamamoto, might also be in the running for Chandhok's drive.

Chandhok acknowledged in Montreal that the Indian corporate world has not fully backed him, while angling for a Force India seat "at some point in my career".

"I've been chasing (Indian) sponsors for years in GP2 and formula three and stuff, and there are people who want to get involved but are sitting on the fence," he said.