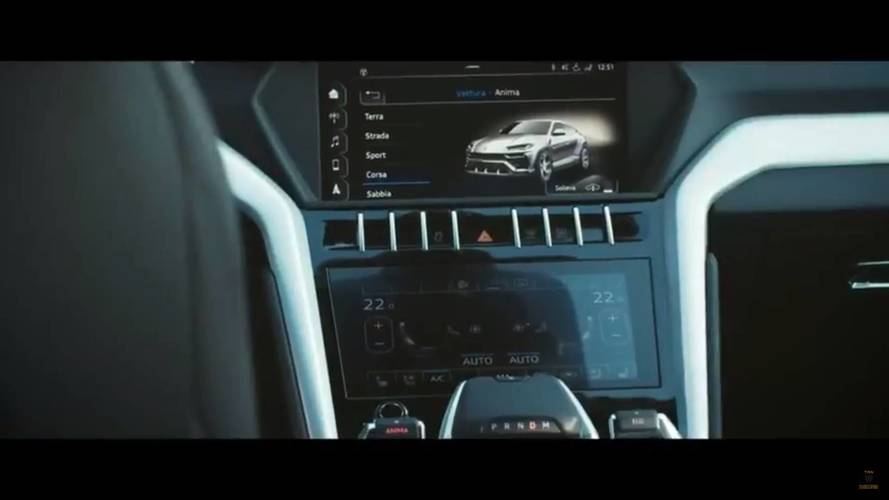 The juicy numbers are in for Lamborghini’s “Super SUV” as Motor Trend had the opportunity to take the Urus out for a quick spin and have a look at the specs sheet. We’ve known for quite some time that the Rambo Lambo of the 21st century would use a biturbo 4.0-liter V8 with 650 horsepower and now we get to learn it’s based on Audi’s powertrain. In this new application, the engine is good for a maximum torque of 627 pound-feet (850 Newton-meters).

It rides on the same MLB Evo as the Bentley Bentayga, a luxurious SUV available with a mighty W12 engine. If you’re wondering why the Urus won’t be blessed with that biturbo 6.0-liter mill, it’s mainly because of the displacement-based tax policy applied in China – a market which will be of utmost importance for Lamborghini.

Getting back to the V8, it will be hooked up to an eight-speed ZF automatic transmission benefitting from a torque converter, which will represent a premiere for Lamborghini. The Audi-sourced muscle will be channeled as standard to all four wheels, and multiple teasers have shown there will be quite a few selectable driving modes to ensure the maximum possible grip regardless of terrain.

In terms of performances, the Sant’Agata Bolognese company mentions the Urus will need just 3.7 seconds to complete the 0-62 mph (0-100 kph) sprint. However, Motor Trend had the chance to drive a prototype equipped with a Vbox data logger and managed to complete the task (by using launch control) quicker, in only 3.59 seconds.

If that’s not impressive enough, Lamborghini’s director of research and development, Maurizio Reggiani, was clocked in at 3.43 seconds, but that wasn’t actually the best overall performance as a British journalist was the quickest of the bunch by doing the run in 3.34 seconds. Flat out, Lamborghini says the Urus will exceed 186 mph (300 kph). Not too shabby for a vehicle that weighs a hefty 4,750 pounds (2,154 kilograms), right?

MT mentions the Super SUV will be fitted with the “largest brakes in the world,” with massive 17.3-inch carbon ceramic rotors for the front axle paired with 10-piston calipers. The rear wheels will feature 14.6-inch discs coupled with four pistons. Lamborghini would have wanted to squeeze in even bigger brakes, but it had to “settle” for this arrangement to fit into the standard 21-inch wheels. Optionally, buyers will be able to upgrade to a 22-inch set or even 23-inch alloys wrapped in bespoke Pirelli P Zero Corsa tires branded with an “L” as seen on the ultra-exclusive Aventador-based Centenario.

The wraps will finally come off on December 4.