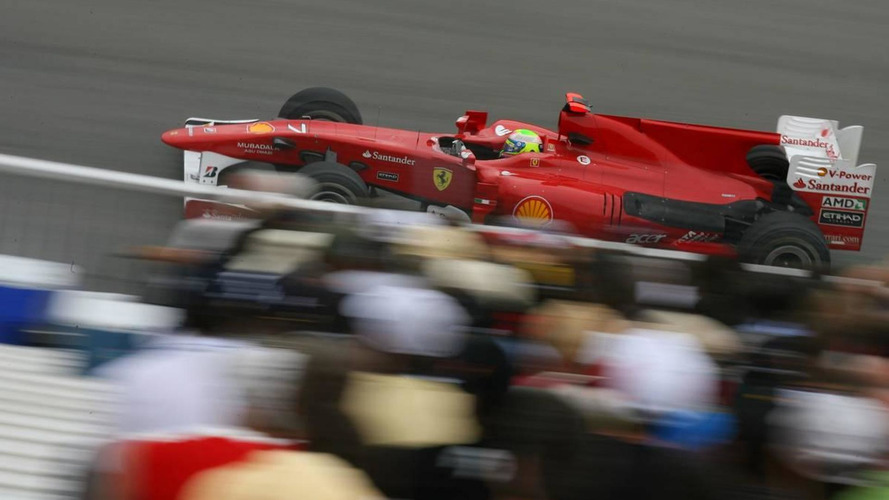 Both Lewis Hamilton and Felipe Massa narrowly avoided damaging their cars during the final practice session in Montreal prior to qualifying.

Both Lewis Hamilton and Felipe Massa narrowly avoided damaging their cars during the final practice session in Montreal prior to qualifying.

On Saturday morning at an overcast and grey Circuit Gilles Villeneuve, where damp patches meant the beginning of the hour-long session was very quiet, the pair both scraped the layout's famous concrete walls in separate incidents.

Ultimately just twelfth quickest, Ferrari's Massa returned to the pits at one point informing the Italian team that he had hit a wall.

Replays showed sparks rising from the left of his F10 at the point of impact, but he was able to return to the track with no serious damage incurred.

Hamilton, meanwhile, topped the timesheets, but not before fairly harmlessly scraping the side of his McLaren along a concrete wall.

Lucas di Grassi's Virgin was not so lucky, after he lost control under braking for the hairpin.

The British team confirmed that the contact with the wall means mechanics are currently replacing the left rear corner and floor in the gap before qualifying.

Nico Rosberg's W01 missed most of the session with a broken clutch, which the German team has already fixed, while Karun Chandhok's HRT did not even make it out of the pitlane before an hydraulic problem struck.