Aston Martin "Fed Up" With The Comments About Cars Looking Alike 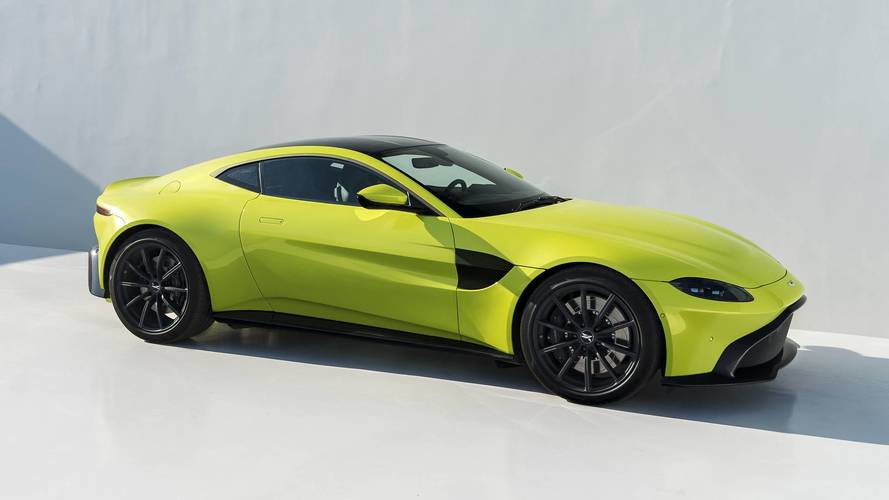 That's why the new Vantage is so dramatically different.

The 2018 Aston Martin Vantage is a radical new look for the British automaker, especially when you put it side-by-side against the outgoing model. The dramatic gaping grille, the flashy color options, and the aggressive diffuser give the all-new sports car a more modern appearance overall – and if you ask Vice President and Chief Creative Officer, Marek Reichman, that’s great news.

In an interview with CarAdvice at the Tokyo Motor Show last month, Reichman said that all Aston Martin vehicles look the same, and he was tired of hearing about it. "I guess I am just fed up with all the comments that all the [Aston Martin] cars look the same," Reichman said. "You have to understand that within the company, we were relatively constrained in that prior period. To do things like the One-77 or Vantage Zagato was a breath of fresh air for me because they were all brand-new, you know."

And the new Vantage is exactly that – fresh and new. The only component that caries over from the previous model are the door handles. Its design was inspired in part by customer research that suggested the brand take a new design direction with one of its best-selling vehicles. Though it may keep some DB11 buyers from cross-shopping with the Vantage, Aston Martin hopes that the radical new look could sway some sales away from cars like the Porsche 911.

"We are more data-driven and want to know who the customer is, but what the customer supports here is more differentiation from DB," said Reichman. "You’re the customer, that’s what you’re looking for. There is always the mantle of the DB to be the older gentleman’s car, so we have wound up that request from our Vantage customers to say here you go, this is nothing like DB11."

The new Aston Martin Vantage, which made its debut just a few days ago, features a brand-new biturbo V8 to go along with that dramatic new look. The 4.0-liter engine is rated at 503 horsepower (375 kilowatts), allowing for a 0-60 mph (96 kmh) sprint of just 3.6 seconds, and a top speed of 195 mph (313 kmh). The new Vantage starts at $149,995, and is part of the second phase of Aston martin’s second century plans following the introducing of the DB11.