Every Subaru Model Getting 50th Anniversary Edition In 2018 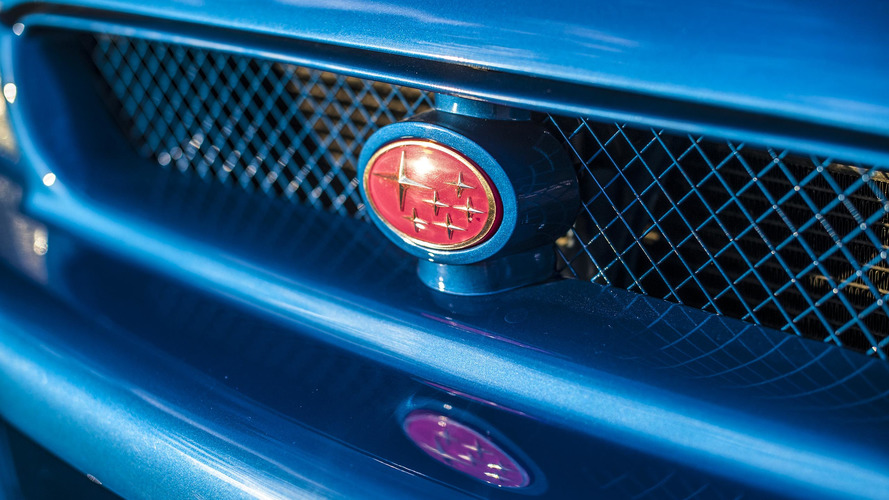 They'll all come in the same, special color.

After previously hinting at a plan to build 50th anniversary models, Subaru now confirms plans for every vehicle in its lineup to get a special edition to commemorate the brand’s milestone. All of them will share a new color in Subie’s palette, and the upgrades will come on an already high-level trim. A special badge will also denote these models. The automaker will announce more details about them at the Chicago Auto Show in February 2018.

In February 2017, Subaru first announced plans to commemorate its 50th year of business in the United States. In addition to offering the special edition models, the company will hold celebratory events to mark the anniversary and will donate 50 vehicles to charity.

Subaru will have reason to celebrate next year. The company spent 2017 replacing or refreshing much of its lineup, including the Crosstrek, Legacy, Outback, WRX, and STI.

In 2018, the company will add the Ascent three-row SUV to its lineup. A plug-in hybrid version of an existing model will also reportedly arrive next year. Plus, lucky performance fans will be able to pick up one of the 500 units of the WRX STI Type RA or the BRZ tS.

Subaru of America launched on February 15, 1968, when Harvey Lamm and Malcolm Bricklin helped bring the Japanese brand into the country. Fuji Heavy Industries (now simply Subaru) first entered the auto market in 1953. The company began manufacturing in the U.S. in 1990 at its Lafayette, Indiana. Today, the Outback, Legacy, Impreza, and soon the Ascent come from the plant.

The company first began using its venerable boxer engine layout in 1966 on the Subaru 1000. Production across many powertrain families has topped 16 million units (and counting). The Ascent will use a new turbocharged, direct-injected mill that will keep this legacy going.

At an automotive media lunch in N.Y. today, Jeff Walters, Subaru of America VP of Sales, confirmed the company’s plan to release limited edition models to commemorate its 50th anniversary next year. Each vehicle in the Subaru line-up will offer a 50th anniversary edition. The editions will feature a new, common color which will be based on a high-level trim and will come with special badging.

Subaru of America was founded on February 15th,1968, and operated for a short time from Balboa Park, CA, before moving to the Delaware Valley where is has had its home for almost all of its 50 years. Leading up to its 50th anniversary, the company is enjoying close to a decade of consecutive year-over-year sales growth, besting any other auto brand, and is expected to close 2017 with sales of over 650,000.
More details on the limited-edition models will be made available at the debut at the Chicago International Auto Show in February 2018.

About Subaru of America, Inc.
Subaru of America, Inc. (SOA) is a wholly owned subsidiary of Subaru Corporation of Japan. Headquartered at a zero-landfill office in Cherry Hill, N.J., the company markets and distributes Subaru vehicles, parts and accessories through a network of more than 620 retailers across the United States. All Subaru products are manufactured in zero-landfill production plants and Subaru of Indiana Automotive, Inc. is the only U.S. automobile production plant to be designated a backyard wildlife habitat by the National Wildlife Federation. SOA is guided by the Subaru Love Promise, which is the company’s vision to show love and respect to everyone, and to support its communities and customers nationwide. Over the past 20 years, SOA has donated more than $120 million to causes the Subaru family cares about, and its employees have logged more than 40,000 volunteer hours. As a company, Subaru believes it is important to do its part in making a positive impact in the world because it is the right thing to do.