Watch the videos, think twice, and tell us - do you like its design?

Some already love it, some call it just a Mazda MX-5 Miata on steroids. No matter if you like it or not, the new Aston Martin Vantage is here and it has a very important mission – to successfully succeed the best-selling model in the British company’s history.

The Vantage name stands for the entry-level vehicle in the brand’s portfolio, but also for a car that is compact and aggressive. Aggression can be seen all around the vehicle, especially at the front, where the traditional Aston Martin radiator grille is replaced by a wider and more pronounced mesh grille, inspired by the Vulcan track car. At the back, despite the very familiar lines (remember the Fisker EMotion?), the coupe looks significantly more advanced than its predecessor with its complex diffuser and the seamlessly incorporated exhaust pipes.

As you can see from our exclusive walkaround video above, and from Aston Martin’s official promo video, the new Vantage actually looks much better in the metal than what you see from the press photos. It’s a strict two-seater, two inches shorter than the Porsche 911, with sharp, yet balanced shapes. In fact, despite being relatively short, it looks like a bigger vehicle, thanks to its long wheelbase and very short overhangs. 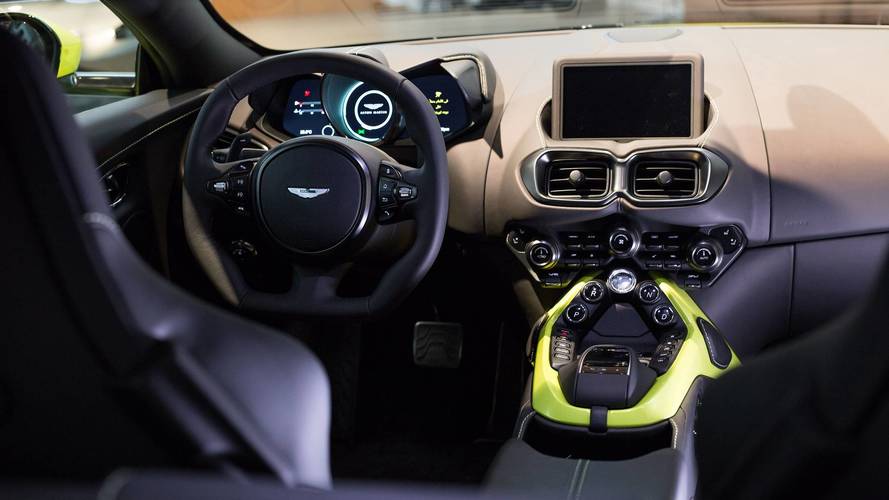 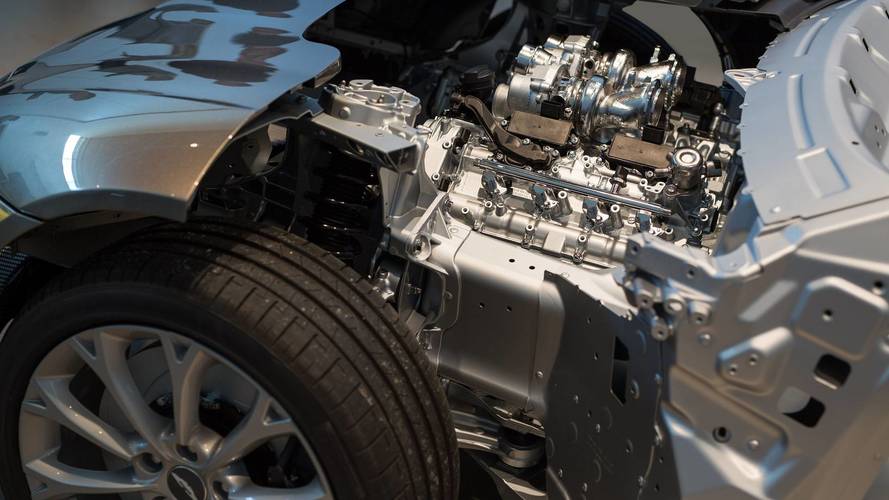 Under its beautiful skin, the new Vantage hides a Mercedes-Benz-sourced 4.0-liter biturbo engine. It’s the same unit that powers the Mercedes-AMG GT, but it’s not just a plug-and-play job, as it has been calibrated especially for the British sports car, so it feels like an Aston and sounds like one, too. Replacing the old 4.7-liter naturally aspirated motor, this new V8 generates 503 horsepower (375 kilowatts) and propels the car from a standstill to 60 miles per hour (96 kilometers per hour) in only 3.6 seconds.

Will it get V12 power? Probably, judging by the space under the hood, but there’s still nothing official. Stay tuned for more exciting news about the new Vantage and, until a V12 and/or a manual gearbox versions are confirmed, enjoy the vehicle in these videos.