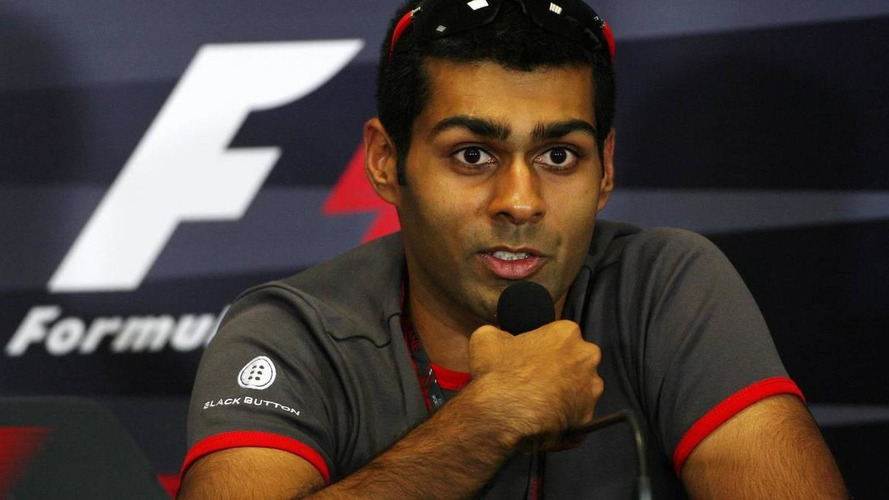 Karun Chandhok has set out his stall for a switch from struggling HRT to the Force India team for 2011.

Karun Chandhok has set out his stall for a switch from struggling HRT to the Force India team for 2011.

The Indian rookie said in Montreal that while he is happy to have proved competitive alongside Bruno Senna so far this year, it would make more sense to be on the lineup of the team headed by his countryman Vijay Mallya.

Billionaire Mallya was recently quoted as doubting an Indian is ready to drive a Force India.

But Chandhok, 26, said on Thursday: "I'd love to drive for Force India at some point in my career, whether it happens next year or not, because I think in some ways I'm an ambassador for the sport in our country."

With Delhi now set to join the F1 calendar, Chandhok insists it is the perfect time to unite an Indian driver with the Silverstone based team.

"A lot of what happens to the sport in that part of the world depends on us a little bit, and I think if you have an Indian driver in an Indian car at the Indian grand prix, it's a no-brainer in terms of ticket sales," he insisted.

Chandhok acknowledges that Mallya's assessments of his form have been cool to date due to inconsistent performances from his GP2 teams.

"So I think this year he's been quite surprised because I've been competitive against Bruno and I think generally I've done quite a good job.

"This is just what I hear from people around him; we haven't really had a conversation about it yet," he added.

Chandhok also admits that staying with the new Spanish team HRT might not be a bad call.

"If these guys carry out the plans which the (team owners) Carabantes have talked to me about, they can be a very competitive team in the future.

"So far they seem happy with what I'm doing. Jose Ramon is very keen to try to do something for next year as well," he added.