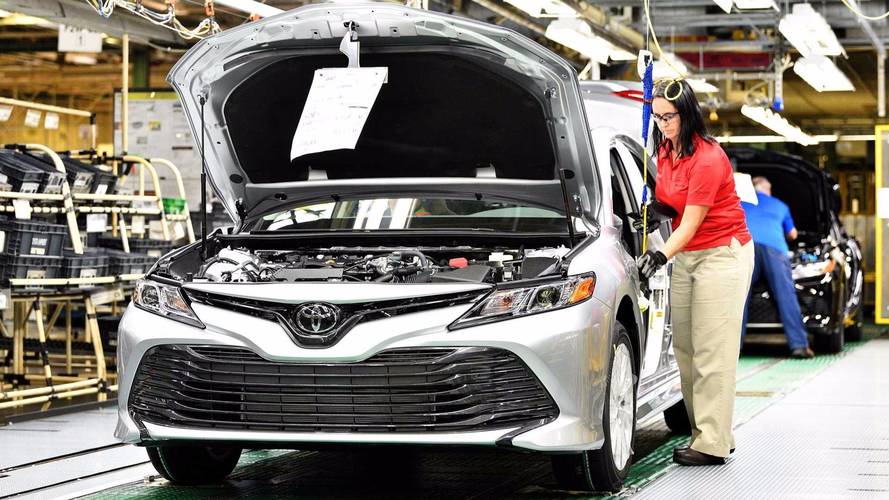 He made it very clear that Toyota can make more profit on Camrys built in Japan. But he’s not trying to scare anybody.

Nothing says it’s the holidays better than getting an ominous message from your boss about cutting costs. In this case, Bloomberg Technology reports the plant manager at Toyota’s massive Kentucky manufacturing facility told 8,000 full-time employees that the automaker could build a Camry in Japan, ship it to the United States, and sell it for a larger profit than cars made in the state. That fact by itself isn’t necessarily ominous, but when it’s backed up by the boss basically saying he’s not trying to scare you, but …  one probably can’t help but feel a little scared.

Bloomberg Technology allegedly obtained a copy of a 2 1/2 minute speech given to the plant’s employees by Wil James, who’s been in charge for the last seven years. The speech was apparently part of Toyota’s overall effort to reduce production costs so more can be invested into research and development. It’s unknown whether similar presentations were given to other Toyota locations, but the Georgetown, Kentucky location the automaker’s largest manufacturing facility in the world.

The video did apparently go on to say that Toyota wasn’t planning to close the factory, and will in fact continue to invest in it for many years to come. However, in the video James is also reported to have said Toyota’s investment in the plant was based on “the assumption that we can make as much progress in cost reduction and efficiency as we’ve made in quality and safety.”

Some people are interpreting the speech as veiled threat to cut costs or else, while a Toyota spokesman reportedly said the video message was routine, and that the plant was “here for the long term.” The takeaway for workers seems to be one of anger, at least according to a plant worker who spoke to Bloomberg Technology. Another angle to this story involves the United Auto Workers union, which has been trying to unionize the plant for some time. The strong words could be seen as an attempt to keep the union out, though the aforementioned Toyota spokesman said there was no connection. The UAW had no comment.

Whatever the hell is going on in Kentucky, it sounds like the speech could be a great example of the best way to not motivate your employees to do better.