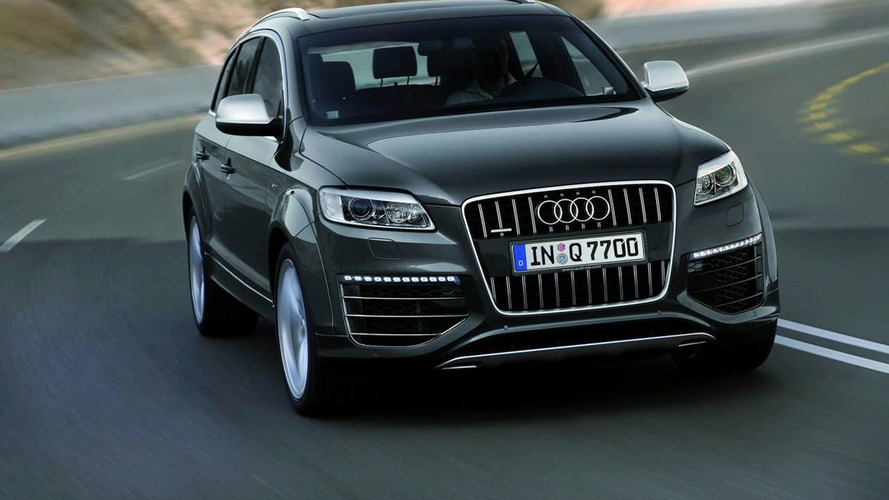 The Audi Q7 V12 TDI is the worlds most powerful diesel-engined Sport Utility Vehicle, it packs a monstrous 6-liter V12 diesel powerplant that generates 500hp(368kW) and a quite insane 1000Nm(737.56 lb-ft) of torque.

The Audi Q7 V12 TDI started its life in concept form when it was unveiled to the public at the 2007 Detroit Auto Show, the progress towards full production made a massive step when the production model was introduced just over a year later in Geneva. Now as we draw ever closer to the models full launch near the end of 2008 Audi has released a new tell-all video along with 31 new high resolution images of the model.

The Audi Q7 V12 TDI is the worlds most powerful diesel-engined Sport Utility Vehicle, it packs a monstrous 6-liter V12 diesel powerplant that generates 500hp(368kW) and a quite insane 1000Nm(737.56 lb-ft) of torque. Performance matches these figures with 0-100km/h achievable in just 5.5 seconds before reaching an electronically limited top speed of 250km/h. Despite the power the Audi engineers have managed to keep the fuel consumption figures at a politician acceptable level, it can do 100km on an average of 11.3 liters of fuel, equivalent to 20.82 miles per gallon.

To cope with the powerful engine, the model features an enhanced version of its six-speed tiptronic

transmission whilst the braking system is enhanced with high-performance brakes made of carbon-fiber ceramic.

Exterior modifications differentiate it from the regular model adding the the models presence and aggression on the road. The headlights are remodelled to incorporated LED daytime running lights, the grille features vertically opposed bars and the front bumper also gets a redesign, 20 inch rims come as standard whilst consumers also have the option of a set of 21 inch wheels as well.

There is no word on pricing yet, we expect to here full confirmation just before the model is launched.