2018 Aston Martin Vantage: See The Changes Side By Side

The Aston Martin Vantage is all new – but how does it stack up against the outgoing model?

Even with the introduction of its wholly redesigned DB11, the smaller, sportier Vantage remains Aston Martin’s best-selling vehicle to date. Introduced in 2006, and available with either a punchy V8 or a high-powered V12, the outgoing Vantage saw plenty of success in its 10-year market run.

Watch a walkaround video of the new Vantage:

But a new model is here, finally. And though it ditches the V12 temporarily in place of a standard 503-horsepower (375-kilowatt) biturbo V8, it makes up for it with a radical new design and plenty of added technology to the cabin. Here’s how it stacks up compared to the outgoing model. 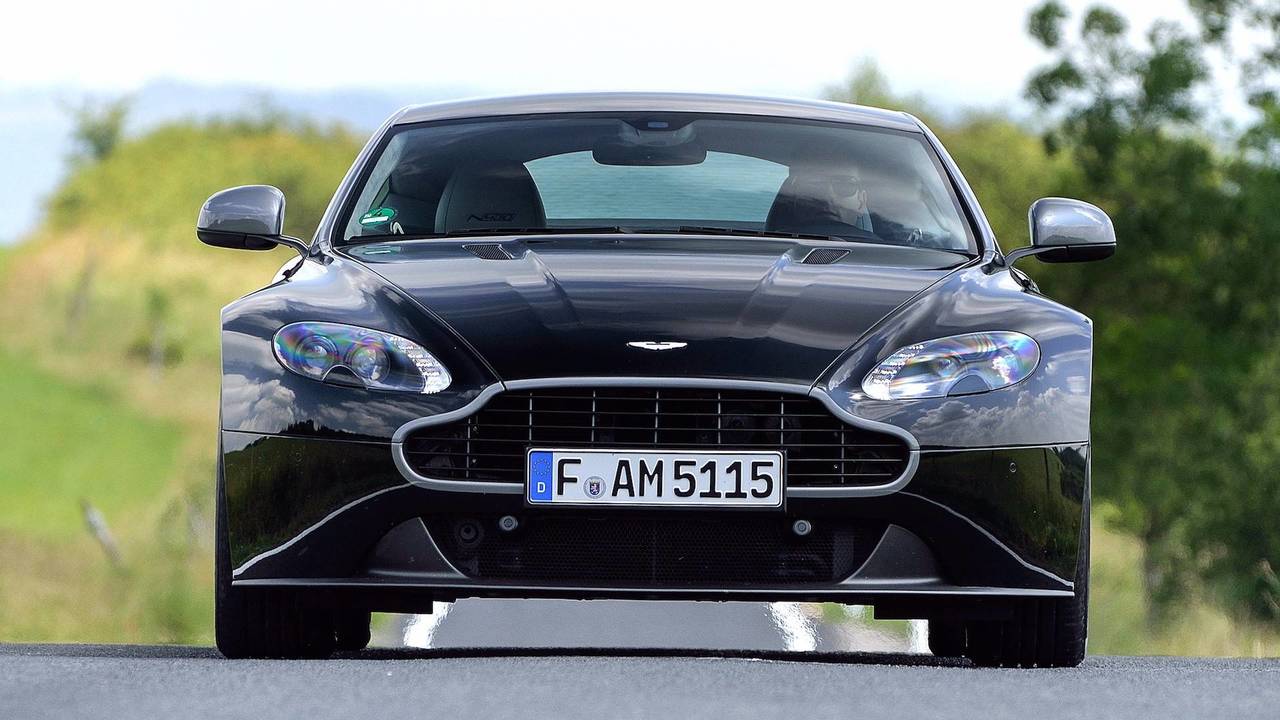 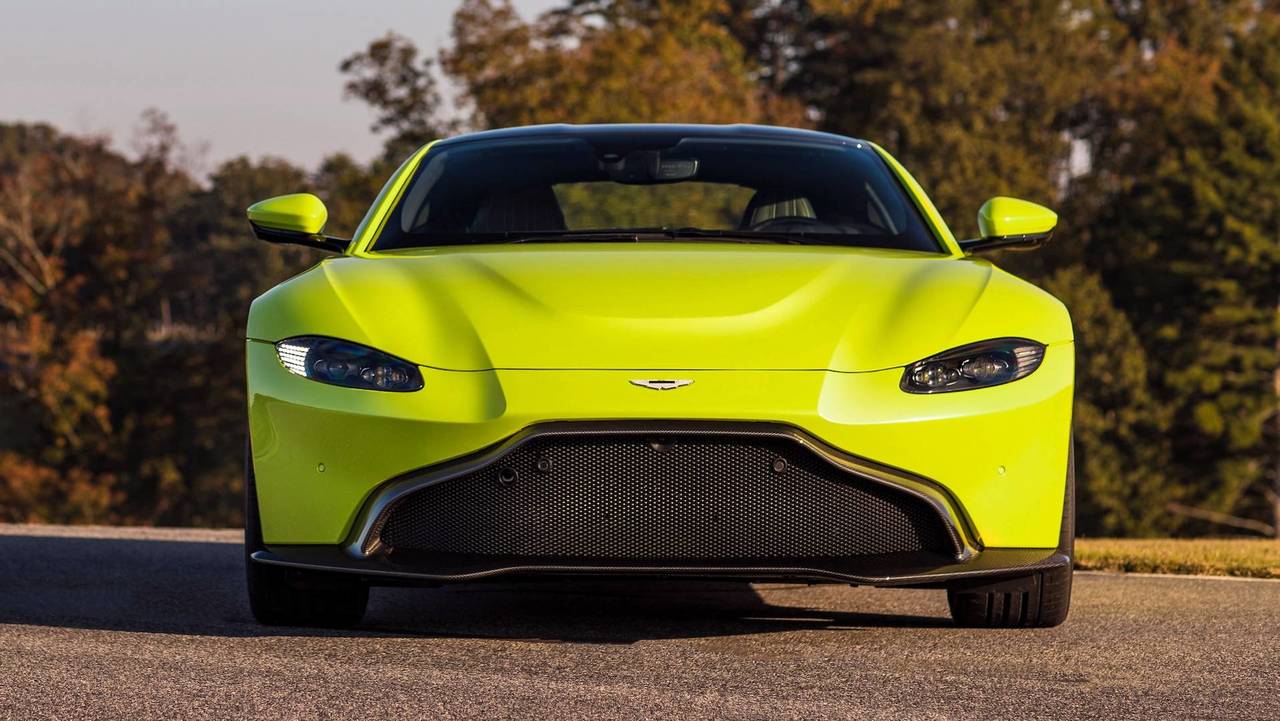 Let’s start with the front fascia, arguably the new Vantage’s most polarizing feature. Some have compared its likeness to a catfish, a vacuum cleaner, and even a Miata. Love it or hate it, the new design is eye-catching, and does away with most the signature styling we've come to know and love on the previous model.

The grille is now larger, and is sculpted directly into the front diffuser, opposed to the dual setup found in the previous model. The sleek new headlights look like they were ripped directly off Bond’s DB10, and the hood is longer and angled more towards the pavement. The new model also sees far less front overhang than the original. 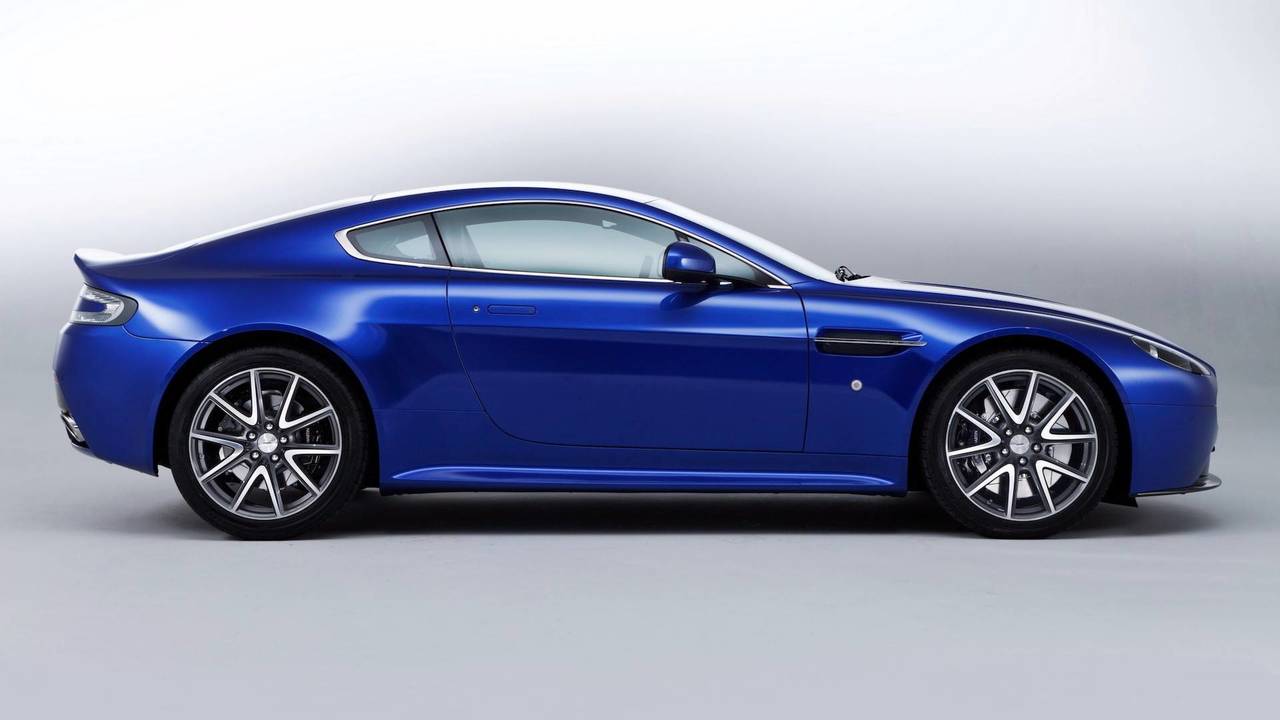 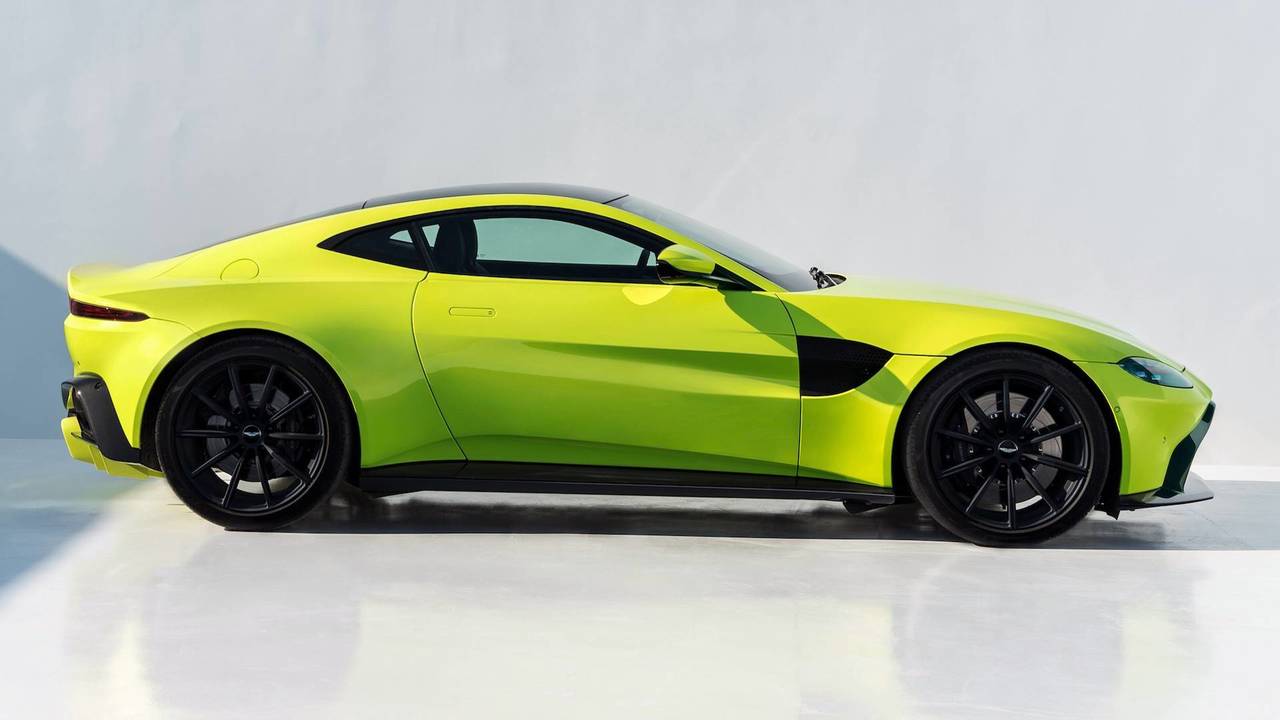 The side profile is where we see most of the similarities between the two sports cars. The overall shape remains familiar, but the new model gains some added detailing to the door panels, a large side vent, and a slimmer greenhouse overall. For what it’s worth, the stocky new frame with the shortened overhangs closely resembles the F-Type coupe. 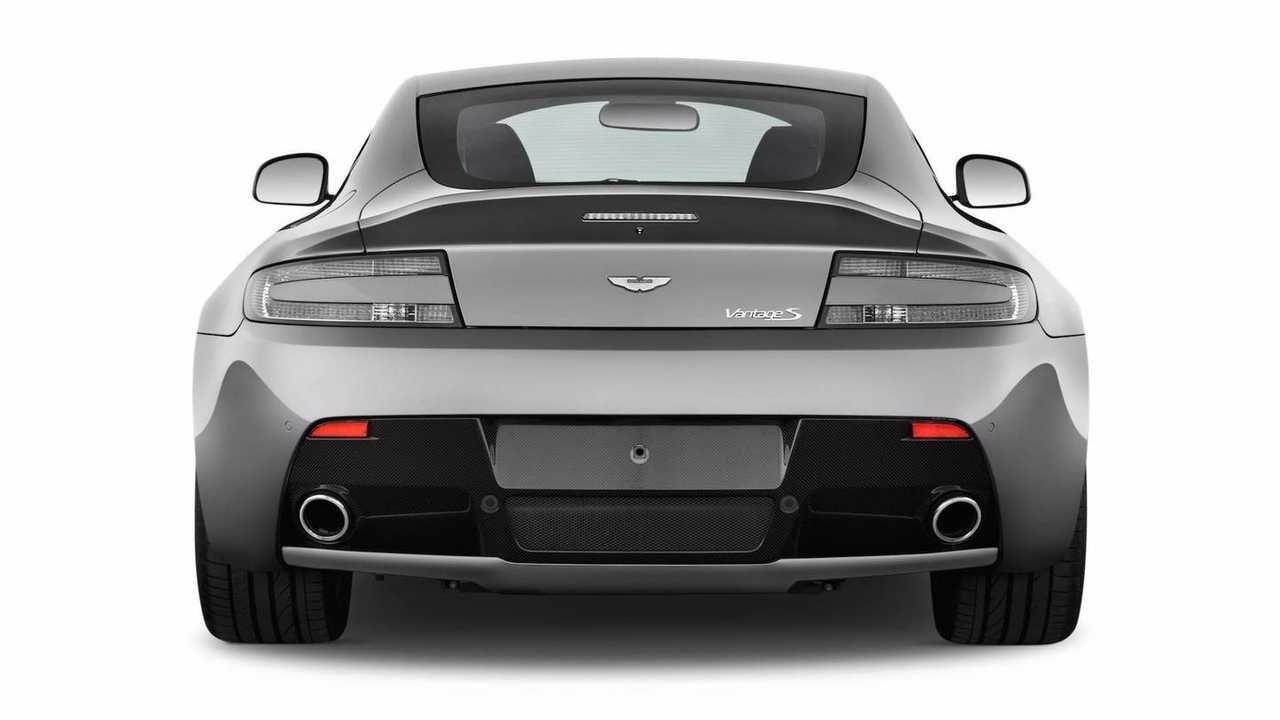 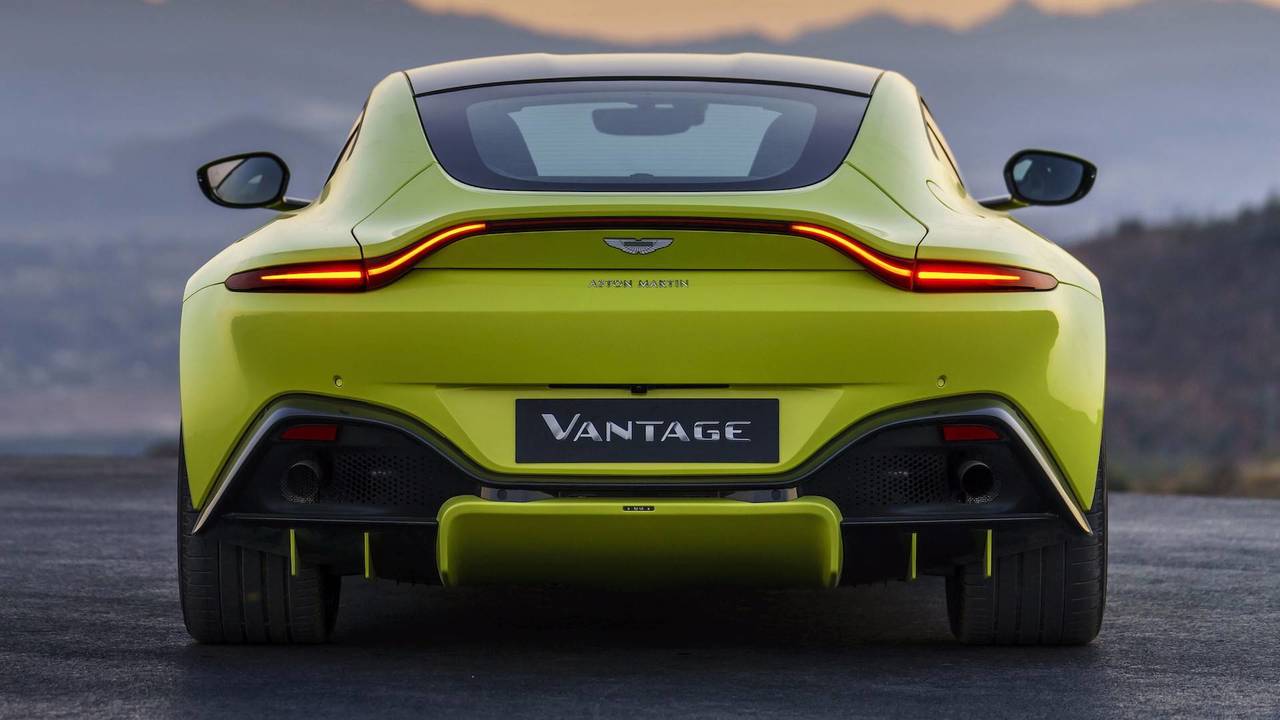 Out back the new Aston Martin Vantage is dramatically different. The familiar taillight setup, found on models like the Rapide and the outgoing DB9, has been ditched for a new look entirely. A single LED light bar stretches across the entirety of the rear, and is accented by a massive new diffuser finished in the same color as the body, depending on the trim. An integrated lip spoiler, and quad exhaust tips finish off the look. 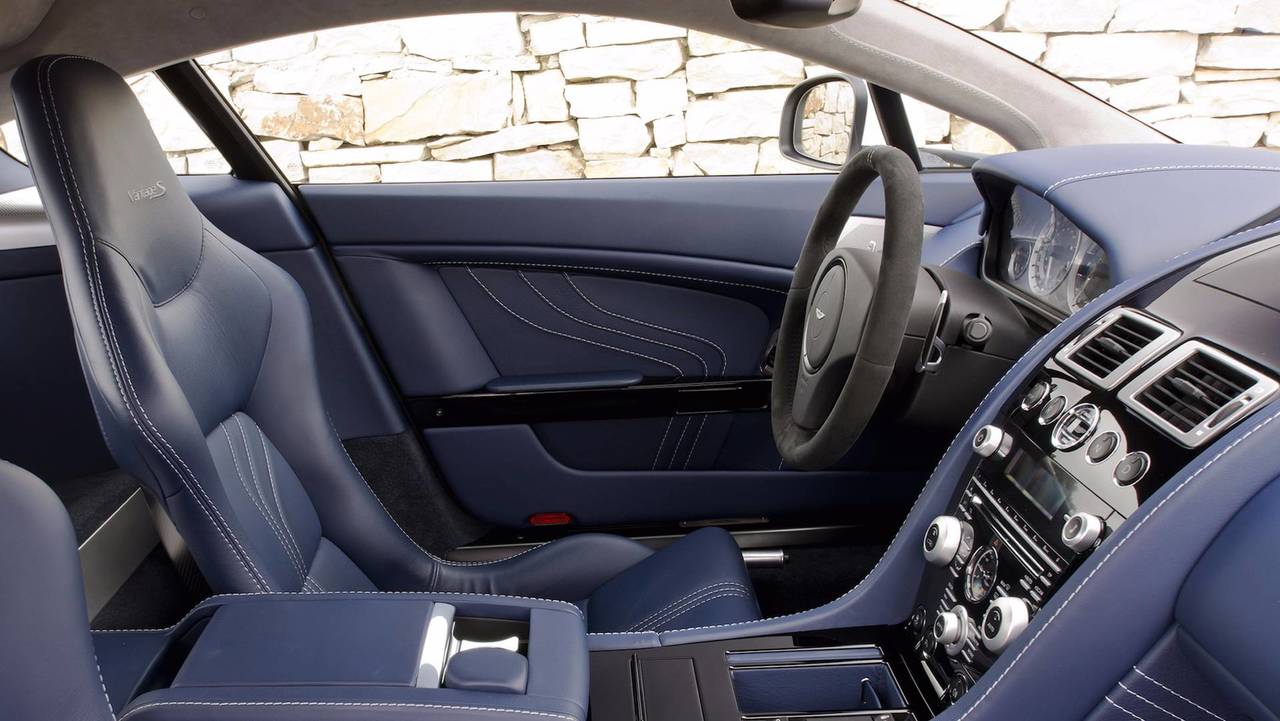 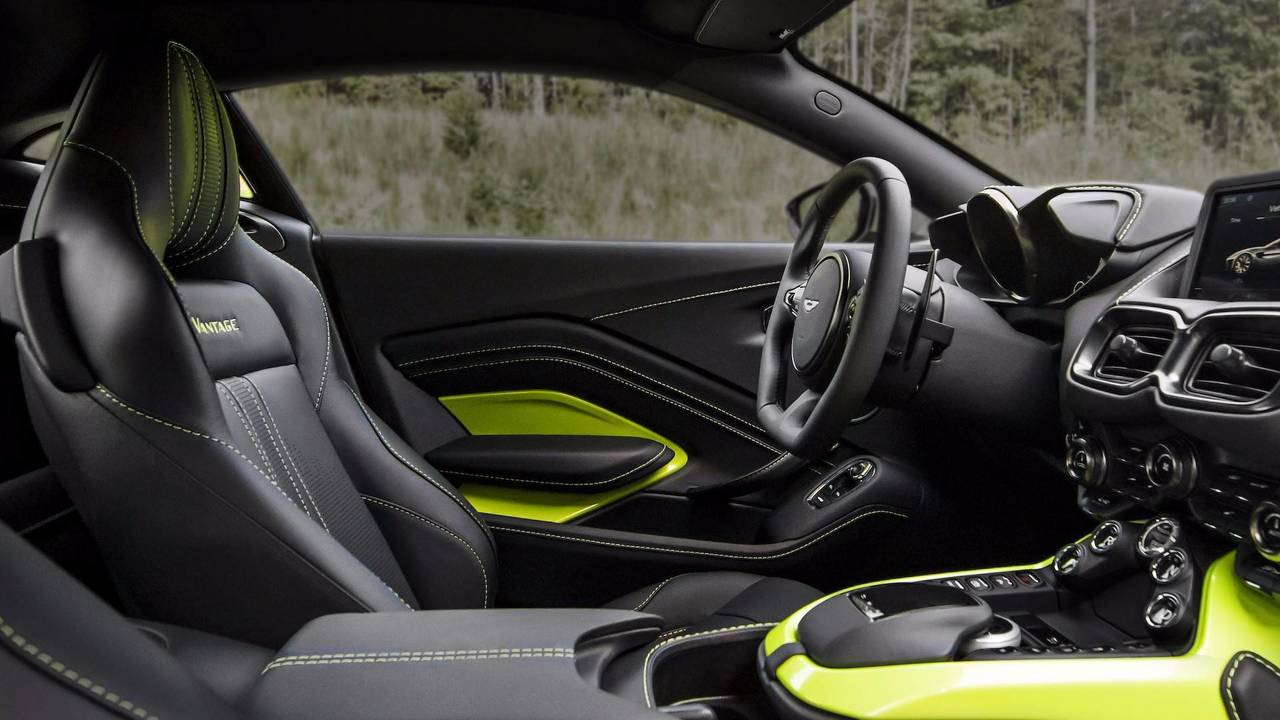 If you thought the exterior was dramatically different, the new cabin is almost indistinguishable from the outgoing model. Sporty new seats, a flat-bottomed steering wheel, and color-coated accents give the new Vantage a far more modern and aggressive look. Not to mention the lovely "brogue" leather throughout.

The standard manual gearbox is gone, in its place is a new ZF eight-speed automatic transmission. The gear selector buttons, previously located high on the dash courtesy of Aston’s "waterfall" design language, have been moved to the center console in a landscape display, and come encased by a color-coated carbon fiber trim piece. There is room enough for a do-it-yourself seven-speed shifter, though, which Aston promises to offer later down the line.

Considering that Mercedes-Benz has provided both the engine and gearbox, the German marque has also fitted the cabin with plenty of tech, too. The new Vantage features a COMAND infotainment center screen and interface, as well as a digital dashboard.