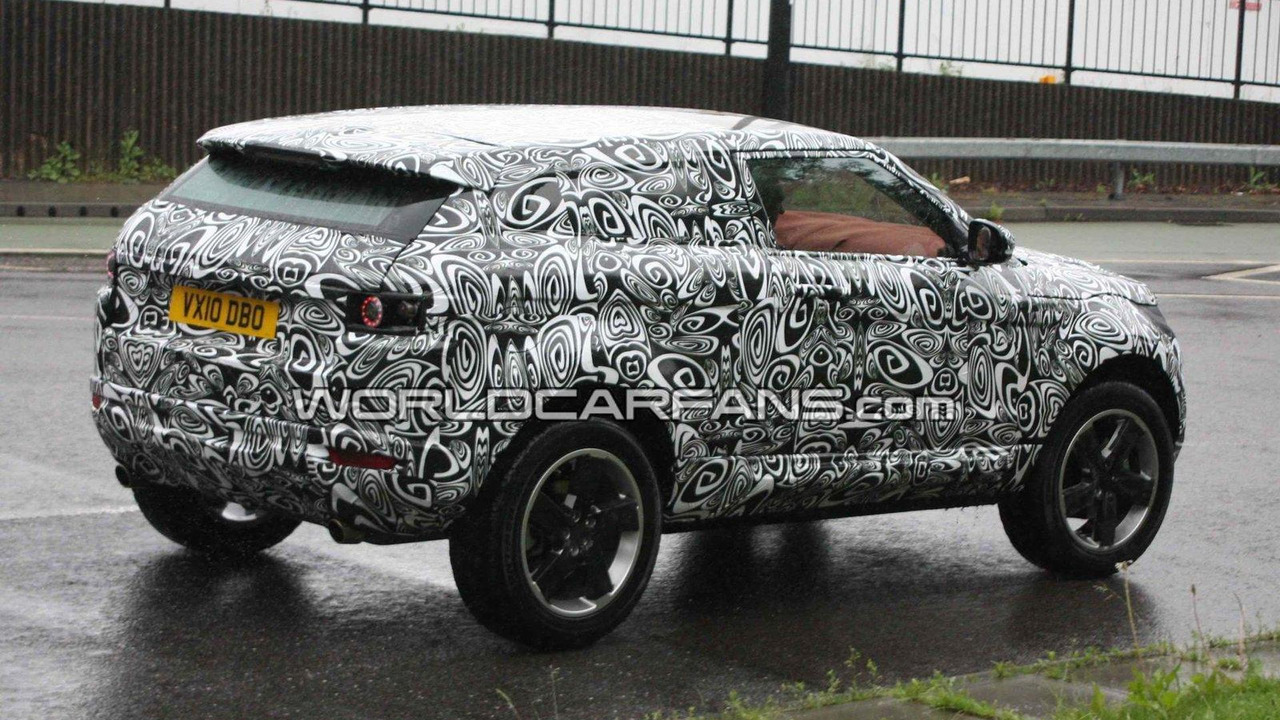 New spy pics have surfaced showing the 2011 Range Rover LRX in a new set of black and white camouflage, doing away with the psychedelic tie-dye seen in previous pics.  Testers have also added padding to the side and rear glass to better cover up design details, making those windows look much smaller than they actually will be.

The rear side windows will taper towards the vehicle's C-pillar, but they most likely will not be as small as the indentations seem to indicate.  Look for this long, continuous piece of glass to blend in with blacked-out pillars and the rear glass, just like the LRX concept.

Almost production-ready, the LRX prototype shows a different set of wheels, big wheel arches and large side sills.  The low-slung roof indicates that a sunroof is also built in.  With LED lighting at the back, the Range Rover LRX could be a hit when it is introduced on the market, especially as a 2WD version, a first for Land Rover.

Look for the three-door crossover to be officially announced later this summer before an unveiling at the Paris Motor Show.  Speculation has UK sales beginning in a year, with pricing starting in the low £30k range.