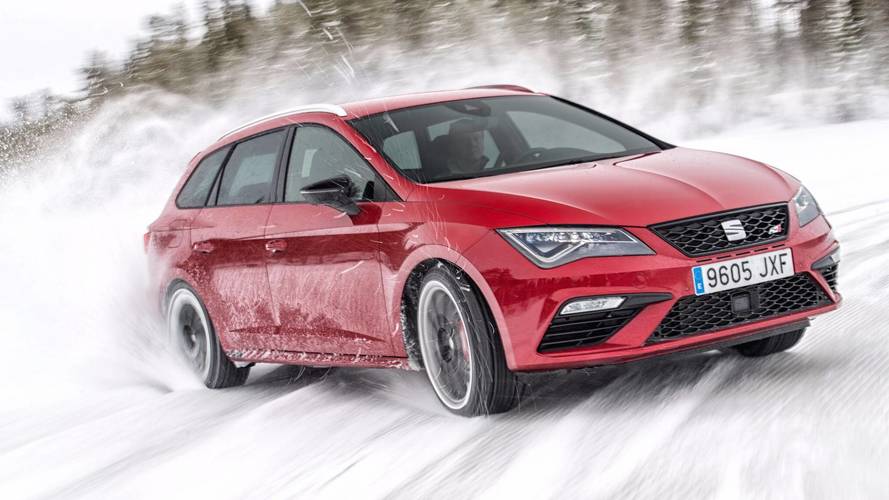 It may also spawn a Cupra Line of performance products.

Equipped with a 296-horsepower (220-kilowatt) engine, an advanced all-wheel-drive system, and the choice of either a six-speed DSG or manual transmission, the SEAT Leon ST Cupra 300 is the go-fast wagon you’ve been dreaming of – at least in America. But the Spanish automaker could be working on a version that’s even quicker.

According to a new report, SEAT’s sales and marketing boss, Wayne Griffiths, is driving around in a more powerful R trim of the ST Cupra. The prototype reportedly comes with an ABT aftermarket exhaust system, 20-inch wheels, and more than 300 hp (223 kW) on tap. The vehicle is covered nose to tail in a matte black finish with subtle copper accents throughout. It even features an upgraded sound system, as well as a few other tweaks to the cabin.

Griffiths, in an interview with Auto Express, said that there is a gap for "cool, fast cars," and that " people see it in the street and just jump on it." Though the Leon ST Cupra R remains a prototype for the time being, executives are reportedly exploring the possibility of bringing the hot wagon to market within the year.

If produced, the Leon ST Cupra R would churn out somewhere in the neighborhood of 335 hp (249 kW) – a modest upgrade over the 296-hp ST Cupra, and even more powerful than the 310-hp (231-kW) Cupra R hatchback. By using the Cupra ST’s same all-wheel-drive system and DSG gearbox, the flagship wagon would require no mechanical revisions, making it a relatively cheap endeavor.

The sporty wagon could also spawn a "Cupra Line" of performance products, similar to Audi’s S line, or BMW’s M Sport models. Everything from the Ibiza to the Ateca could be fitted with a custom Cupra performance products, ranging from aerodynamics to light engine upgrades. The new line could hypothetically replace the FR and FR Sport trims.