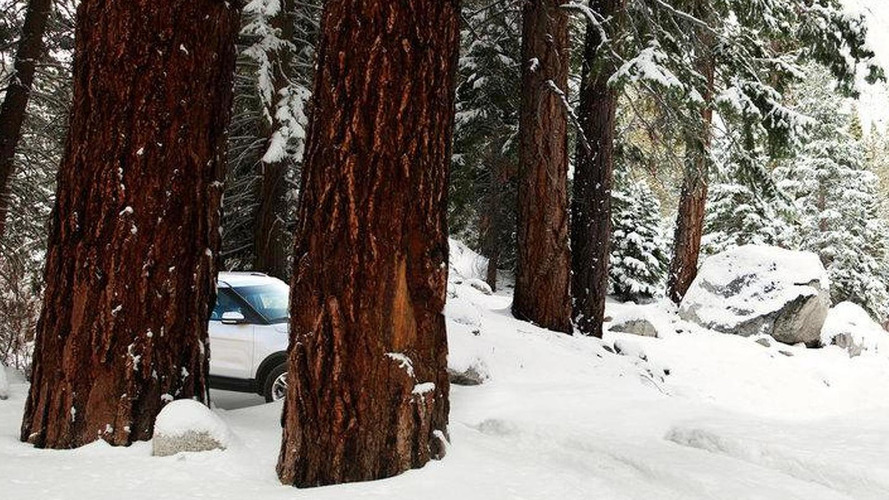 Check out these four new pics of the fifth-gen Explorer, and find out what has some Ford fans' feathers ruffled.

Ford has stirred up a bit of controversy with their release of four teaser images of the all-new 2011 Ford Explorer on their Facebook page.  The fifth-generation mid-size SUV has been compared by many to vehicles of Land Rover, with some folks quite frustrated at the car's extensive use of non-paintable flat black plastic at the front bumper, flares, and side sills.

Ford fan Bryan Janak, who has owned several Cougar, F-150, Focus and Mustang vehicles over the years said, "Ford is waaaay overdoing it lately with that junk that does nothing but get dirty and fade over time."  A Ford rep responded to say that the plastic is used because they believe their customers want a car that is less likely to get scratched or chipped paint.

Another poster, Jason Wolfe, replied, "Hopefully its not the same plastic used on the lower portion of 2006 Expeditions, as that plastic faded horribly over the few years."

Aside from changes to the bumper, that include round fog lights, the vehicle has redesigned headlights and side mirrors, and roof rails that extend to the A-pillars.  The unit also appears to have deeper sculpting at the side panels.

Look for the 5th generation Ford Explorer to get a four-cylinder 2.0-liter Ecoboost engine, as well as 355 hp (265 kW / 360 PS) 3.5-liter Ecoboost generating up to 350 ft-lb (474 Nm) of torque.  The car is likely to be shown off in public for the first time in November at the Los Angeles Auto Show, with a possible debut on Facebook.