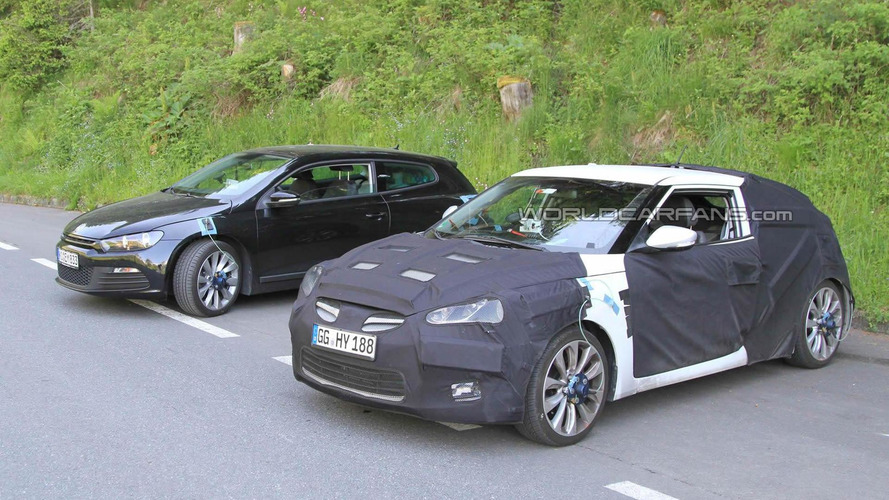 Hyundai may be sizing up how its model holds its own against the competition. The Veloster is set to make its debut at the Paris motor show in September.

Here are some more shots from our intrepid spy photographers of the Hyundai Veloster doing some real-world testing on the roads of Europe and standing right next to what will be its chief competitor - the VW Scirocco.

Now, it's interesting to speculate as to what exactly Hyundai is up to here during this latest testing run. Are they comparing how the Veloster holds up in a tête-à-tête against the Scirocco? It seems so.

The Veloster will first be introduced with a 1.6 liter engine with 90 kW (122 PS) and 155 Nm of torque (114 lb-ft). But to go up against the more muscular Scirocco variants (notwithstanding the Scirocco R) it will need the 1.6 liter turbocharged variant Hyundai has promised with 131 kW (177 PS). A twin-clutch transmission may also be in the works, although that has not been confirmed by the Korean automaker.

The Hyundai Veloster is set to make its debut at the Paris motor show in September. The model will go on sale in Europe sometime in 2011.