Looks like the buttons for the turn signals will be on the steering wheel.

Hennessey introduced the Venom F5 at the beginning of the month during the SEMA show in Las Vegas, but without revealing the interior. Actually, that’s not entirely correct as the American tuner and low-volume car manufacturer did publish an image showing a section of the dashboard bathed in carbon fiber. Now, more pieces of the cabin puzzle have been added as we finally get to see the steering wheel and the instrument cluster.

Covered in a combination of carbon fiber and what seems to be Alcantara, the steering wheel adopts a three-spoke configuration with flat upper and lower areas. It incorporates a multitude of controls, such as the turn signals, radio, flash (high beam), gear selector with start/stop, horn, and an interesting red boost button. Because the image released has a low resolution, we can’t quite make out what those two buttons on the right spoke are for, but Hennessey has made the promise to publish fully revealing images of the Venom F5’s interior very soon.

We’re curios to find out whether the red bar on the upper area of the steering wheel is a digital rev counter as seen in race cars or it’s simply a design feature. Behind are the shift paddles and a fully digital instrument cluster showing among others the “ERS” logo, which stands for energy recovery system. 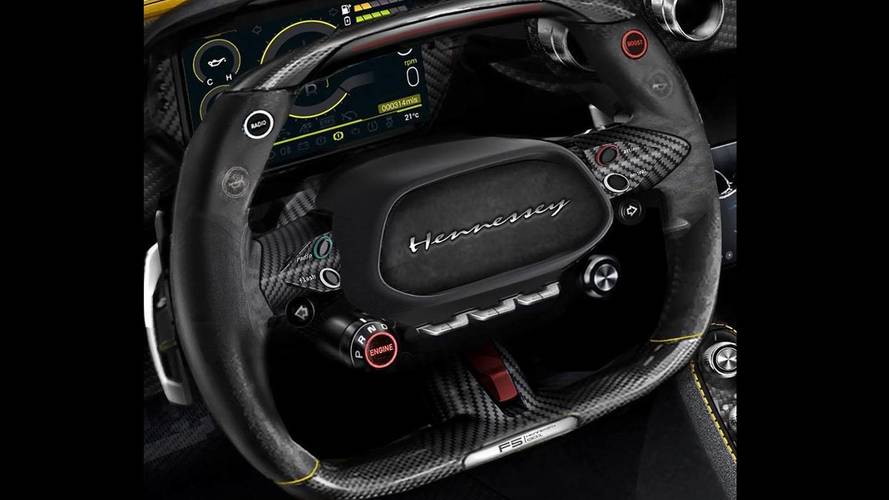 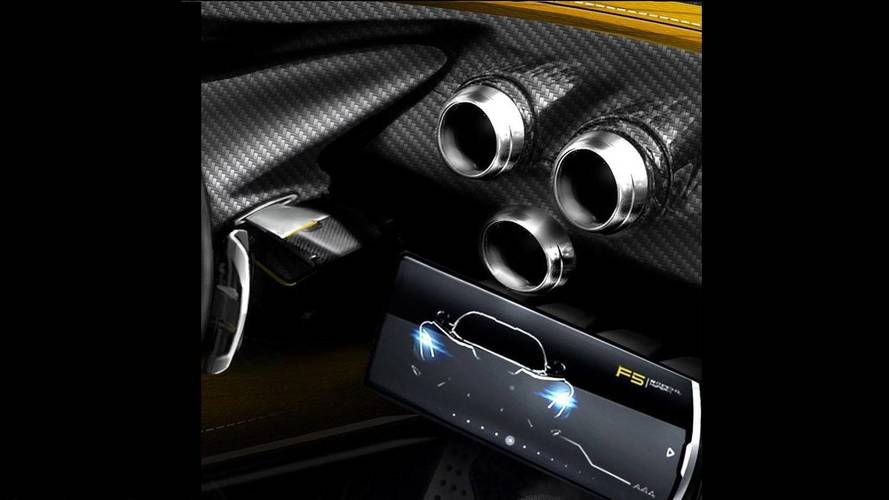 As a refresher, the original image of the interior gave us the opportunity to have a look at the carbon-clad dashboard with the three central air vents designed to mimic the Venom F5’s triple exhaust system. Below the circular vents will be a wide infotainment system that doesn’t seem to have any physical controls around it since most of the functions will be accessible from the steering wheel.

The company says it will publish a complete set of images with the cabin in the coming hours, so check back later today to see the interior of Hennessey’s 300-mph, $1.6-million, 1,600-hp machine.