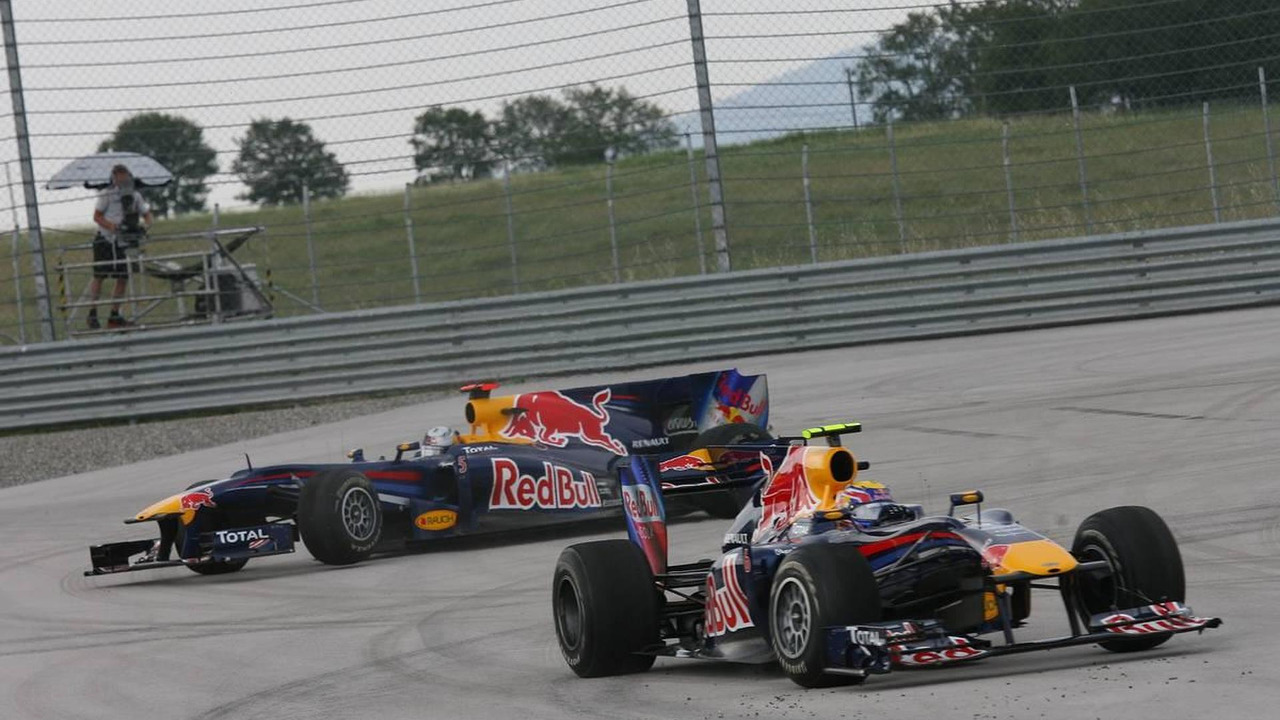 Jacques Villeneuve has become the latest pundit to comment on the crash between the Red Bull cars at the recent Turkish grand prix.

Jacques Villeneuve has become the latest pundit to comment on the crash between the Red Bull cars at the recent Turkish grand prix.

The aftermath of Sebastian Vettel's clash with Mark Webber was highly controversial, as most outsiders initially blamed Vettel but Red Bull chiefs pointed the finger at Australian Webber.

It emerged that Webber's engine was in a fuel-saving mode - although team figures initially refused to confirm that was the case - and that his engineer had declined to pass on a radio message advising him to let his young German teammate through.

Then, as the official line became more conciliatory, figures close to team owner Dietrich Mateschitz including Max Mosley and Gerhard Berger renewed the criticism of Webber, before the 33-year-old was re-signed for the 2011 season.

The latest twist is that Mateschitz's right-hand man Dr Helmut Marko says the pair are still free to race, but must not stridently resist each other's advances.

"Both cars were out in the lead, but drivers are drivers and it is always difficult for one to give 110 per cent while the other does not," Villeneuve wrote in a column for rds.ca.

"After the race, the reaction of the team seemed strange -- to assign fault to someone so quickly and categorically.

"But you never know what really happened when you've looked at the situation from the outside as I did," added the 39-year-old French Canadian.

Meanwhile, 2007 world champion Kimi Raikkonen thinks the only lingering effect of the crash is that Vettel and Webber will from now on behave "a bit more carefully" when they are wheel-to-wheel.

"In a similar situation you would just behave a bit differently so that it doesn't happen again," the Red Bull-sponsored world rally driver told Austrian Servus TV.

"It was just an incident in the race and now it's finished," he added.