Toyota Prius V Not Sticking Around For 2018 In The U.S. 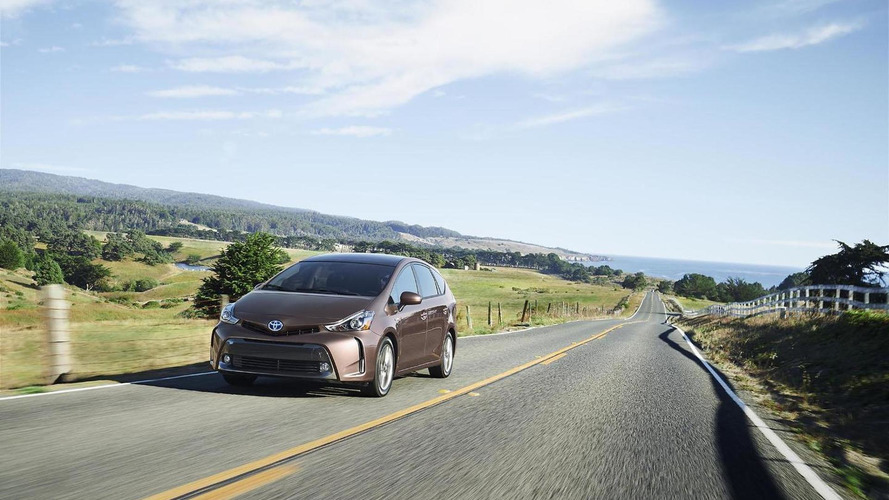 But it will soldier on in other markets.

Having been launched in the United States back way back in October 2011, you could say the Toyota Prius V is getting a bit long in the tooth. It was facelifted three years ago, but sales have plunged since 2016 when the RAV4 Hybrid was introduced. As a consequence of poor demand, Toyota has decided to discontinue the hybridized wagon in the U.S. after selling a total of almost 160,000 units during the model’s six-year run.

Looking at the sales numbers, 2012 was the best year for the Prius V as no less than 40,700 units were shipped. That number significantly decreased to 28,300 cars in 2015 and once again to just 14,800 units in 2016 when 45,000 people in the U.S. decided to with the RAV4 Hybrid instead. Not only is the latter more efficient, but it also has the advantage of being a crossover, and it comes in an all-wheel-drive flavor whereas the Prius V is FWD-only.

The company will effectively pull the plug next month when the Prius V will also be axed from Puerto Rico. That won’t spell the end of the partially electrified wagon as it will continue to be available in global markets, according to Toyota's East Coast communications manager Corey Proffitt in an interview with Green Car Reports. It’s unclear at this point whether the model will soldier on in Canada.

Spy images have shown work is well underway at a next-generation Toyota Prius V, which is expected to lose some of the wagon traits to adopt crossover styling and capitalize on the market’s trend. Chances are the Prius V will be absent from the U.S. market only for the 2018MY, with the next-generation model programmed to arrive for 2019MY.

The news about the Prius V being discontinued in the U.S. comes just a little over a week after a similar announcement made by Ford regarding the imminent demise of the C-Max Energi.

Daihatsu Mebius is a Toyota Prius V for JDM
++