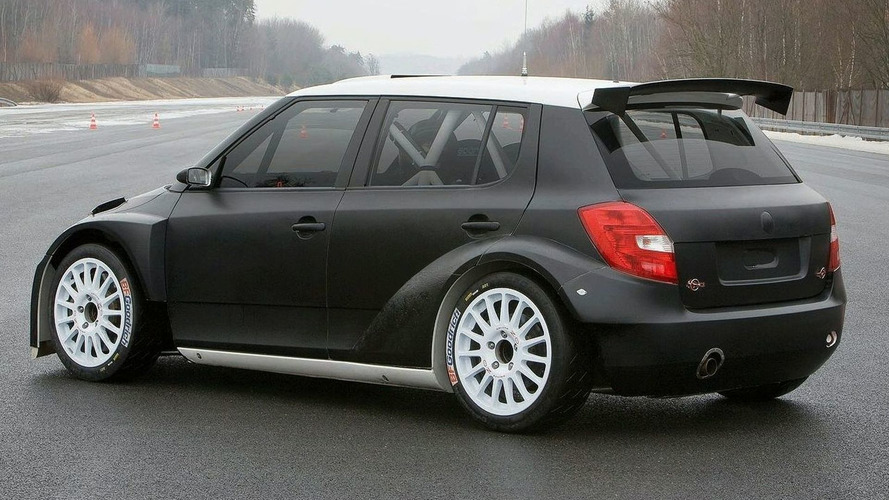 Skoda to compete in the Super 2000 category with the second generation Fabia.

Skoda is planning to enter the Super 2000 Rally category with this prototype based on the 2nd generation Fabia.

Skoda has a long history in rallying which stretches back well before the Volkswagen group took over the reigns of this little Czechoslovakian motor company. Skoda’s motorsport history can be traced back to 1901 when they first were making motorbikes. They soon moved into rallying cars and developed a reputation for consistency and reliability. Due to financial constraints, Skoda struggled to compete on pace with the more affluent car companies but Skoda vehicles rarely failed to complete a rally due to mechanical breakages.

Skoda became the 4th brand of the Volkswagen group in April 1991 and since then they have had a much bigger pool of resources to rely on for their rallying exploits. The extra cash helped as well as the engineering know how and facilities.

After toying with the much larger Octavia saloon during the late nineties Skoda moved to the first generation Fabia which was revealed at the 2003 Geneva motorshow.

This second generation Fabia looks pretty awesome hunched down on all fours and is equipped with a naturally aspirated 2.0L in line 4 cyl running through a 6 speed sequential transmission and a 4 wheel drive system. Skoda has yet to set a date for its introduction into competition.